Nobel laureate Liu Xiaobo died of multiple organ failure at a Shenyang hospital on Thursday at age 61, more than a month after he was transferred from prison due to late stage liver cancer. 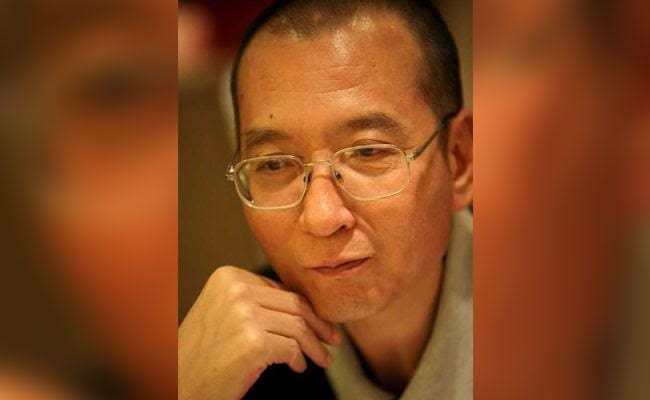 Shenyang, China: The body of China's late Nobel laureate Liu Xiaobo was cremated today after a private ceremony attended by his family, as Beijing faces international pressure to let the dissident's wife leave the country.

Liu's remains were incinerated "in accordance with the will of his family members and local customs" in the northeastern city of Shenyang, said Zhang Qingyang, an official from the municipal office.

Officials released photos showing his wife, the poet Liu Xiabo, with her brother, Liu Xiaobo's brother and friends in front of the body, which was covered with white petals and surrounded by flowers at a funeral home.

China's government faced a global backlash for denying the democracy advocate's wish to be treated abroad. After his death, the United States and European Union called on Beijing to free Liu Xiabo, who has been under house arrest since 2010, and let her leave the country.

"As far as I know, Liu Xia is in a free condition," Zhang said, though it was unclear whether she was released as he did not provide more details about her situation.

Authorities have severely restricted Liu Xiabo's contact with the outside world and Jared Genser, a US lawyer who represented the Nobel Peace Prize winner, said she has been held "incommunicado" since her husband's death.

Liu was jailed in 2008 after co-writing a petition calling for democratic reforms. The veteran of the 1989 Tiananmen Square pro-democracy protests was sentenced to 11 years in prison for 'subversion' a year later.

He died of multiple organ failure at a Shenyang hospital on Thursday at age 61, more than a month after he was transferred from prison due to late stage liver cancer.

At his funeral, Mozart's Requiem was played and Liu Xiabo "fixed her eyes on him a long time, mumbling to say farewell," Zhang said, adding that she was 'in very low spirits'.

"She has just lost her husband, so she is currently emotionally grieving," Zhang said.

Zhang said authorities would release information about where Liu Xiaobo's ashes will be taken 'at an appropriate time'.

Genser said Liu Xia has been held for seven years even though she has never been charged with any crime.

"The world needs to mobilise to rescue her and fast," he said in a statement.

"They want to say she's free? Then let her hold a press conference, let her freely answer questions, and let her tell us when she's returning to Beijing, when we can be with her and comfort her," Hu told AFP.

The foreign ministry lashed out at the international criticism on Friday, saying it lodged official protests with the United States, Germany, France and the United Nations human rights office.

The foreign ministry said giving Liu the Nobel Peace Prize was 'blasphemy' while state-run media has called him a 'convicted criminal'.

"His influence has breached the fundamental moral principle of Chinese patriotism and posed a challenge to China's stability and national security," the nationalist Global Times tabloid said in an editorial. "This is why the Chinese society opposes and despises him."