The single Omicron case detected in Beijing was traced back to an international document from Canada, official media in Beijing reported. 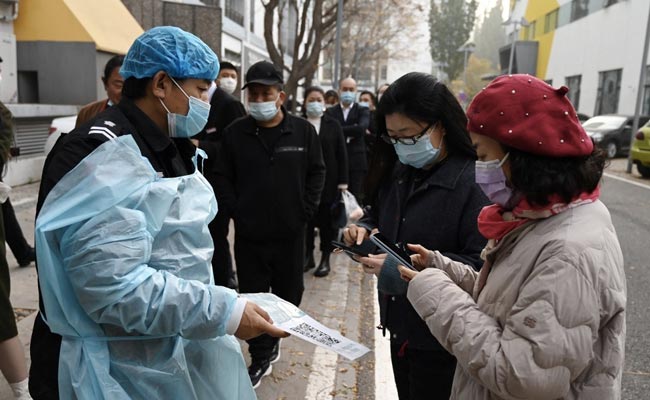 China on Monday blamed the lone Omicron case in Beijing to an international mail delivered from Canada to Beijing via the US and Hong Kong, as the Chinese capital was on alert ahead of next month's Winter Olympics.

The single Omicron case detected in Beijing was traced back to an international document from Canada, and it was found to have similar strains from those in North America and Singapore, official media in Beijing reported.

The detection ahead of February 4 Beijing Winter Olympics sent officials on a leather hunt to prevent it from spreading. Few days ago, the Omicron variant was found in the nearby Tianjin city.

The Beijing patient received an item of mail on January 11 delivered from Canada via the United States and Hong Kong, Special Administrative Region, Pang Xinghuo, deputy director of the Beijing centre for disease control and prevention, said at a press conference.

The patient said that she touched the outside of the package and the first page of the document inside, Pang said.

Officials collected 22 environmental samples from the piece of international mail, and the nucleic acid tests all came back positive, she said.

The patient had no travel history in other provinces or cities within 14 days before the onset of symptoms, nor did she have contact with risk groups.

So far, the results of nucleic acid tests of 69 close contacts and more than 810 environmental samples have come back negative except for those collected from her home and workplace, Pang said.

Eight people that were in connection with the mail were tracked. Their nucleic acid testing results were negative, the official said.

China, where coronavirus first surfaced in Wuhan in December 2019, sought to blame it on cold chain logistics bringing seafood from abroad, deflecting allegations that it has emerged from local seafood markets or escaped from Wuhan Institute of Virology.

China's National Health Commission on Monday reported 243 COVID-19 cases in various cities including 3,494 patients still receiving treatment, of whom 15 were in severe condition.