Child Deaths From Preventable Causes Cut By Half Since 2000: UN

World leaders adopted the UN's Millennium Development Goals in 2000, a year in which 11.2 million children below an age 15 died from preventable diseases, a lack of clean water, malnutrition and during birth. 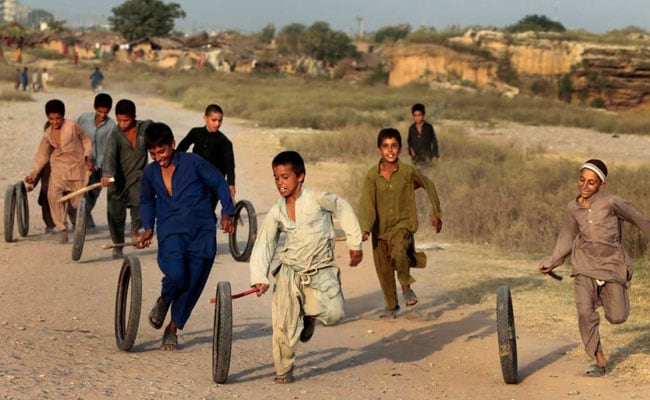 The number fell to 6.3 million in 2017 or one child dying every five seconds, according to UNICEF

Six million children worldwide died last year from preventable diseases and other complications, which was about half the number of similar deaths in 2000 when nations endorsed goals to end extreme poverty, the United Nations said on Tuesday.

World leaders adopted the UN's Millennium Development Goals (MDGs) in 2000, a year in which 11.2 million children belowun age 15 died from preventable diseases, a lack of clean water, malnutrition and during birth.

That number fell to 6.3 million in 2017 or one child dying every five seconds - according to the UN children's agency, UNICEF, which published Tuesday's report along with other agencies and the World Bank.

"Millions of babies and children should not still be dying every year from lack of access to water, sanitation, proper nutrition or basic health services," said Princess Simelela of the World Health Organization.

Most deaths last year - 5.4 million - were children below the age of five, according to the report, which also found that babies born in sub-Saharan African or South Asian nations were nine times more likely to die than those from richer countries.

That number has fallen "dramatically" since 1990, when 12.6 million children under five died globally from preventable causes, according to the report.

"We have made remarkable progress to save children since 1990, but millions are still dying because of who they are and where they are born," said Laurence Chandy, director of data and research for UNICEF.

"With simple solutions like medicines, clean water, electricity and vaccines, we can change that reality for every child," he said in a statement.

The UN in 2015 replaced the MDGs with 17 Sustainable Development Goals, which set a deadline of 2030 to end poverty, inequality and other global crises, while promoting initiatives such as sustainable energy.

However, the UN said last year that progress has so far been too slow to meet the targets, mainly due to violence including war.

(This story has not been edited by NDTV staff and is auto-generated from a syndicated feed.)
Comments
Child Death ratioMDGMillennium Development Goals