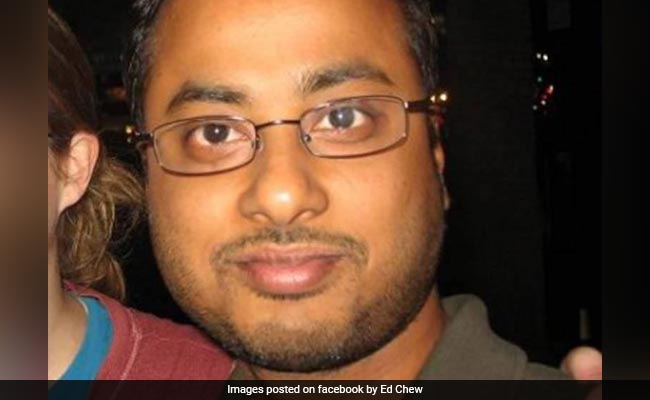 Mainak Sarkar, the Indian-American gunman who shot dead his wife and his former college professor before turning the gun on himself.

Los Angeles: "Check on my cat," was the last message left by Mainak Sarkar, the Indian-American gunman who shot dead his wife and his former college professor before turning the gun on himself, Los Angles police said.

When detectives arrived at professor William Klug's office in the University of California Los Angeles (UCLA) on Wednesday morning, they found two bodies besides a note from Sarkar listing his home address in Minnesota and asking someone to "check on my cat."

"That made me uneasy about what we would find when we got to Minnesota," he said.

The LAPD worked with the FBI and Minnesota authorities and served a search warrant at Sarkar's home, Beck said.

Inside the home, they found extra ammunition and a box for one of two pistols found at UCLA, as well as the three- name "kill list," that included the names of Klug, another UCLA professor and Ashley Hasti, he said.

"We have multiple detectives working on this case," Bruley said.

Beck said it appeared the woman had been dead of a gunshot wound for "maybe a couple of days."

The woman killed by Sarkar is thought to be Ashley Hasti.

Local records confirmed that Hasti was married to Sarkar on June 14, 2011. It was unclear if they remained married at the time of the shooting, the Times said.

Sarkar drove some 3,200 km from Minnesota to Los Angeles, according to Beck, but it was unclear how long he was in the city before Wednesday's shooting.

Police are now searching for the grey 2003 Nissan Sentra Sarkar, an alumni of the IIT-Kharagpur, drove from Minnesota to California, Beck said.

On Wednesday, a "heavily armed" Sarkar carried a backpack, two semiautomatic pistols and extra magazines to Klug's fourth-floor office, where he fatally shot the professor before turning the gun on himself, Beck said.

Sarkar, he said, "was certainly prepared to engage multiple victims."

A note from Sarkar included language about the second professor, Beck said.

"We believe that he went to kill two faculty from UCLA," Beck said. "He was only able to locate one."

The second professor, whom Beck did not name, was not on campus at the time of the shooting. Police have been in contact with that person, who "is fine," he said. That professor "knew Sarkar had issues with him," Beck said.

Klug, 39, was a professor of mechanical and aerospace engineering. Sarkar had accused him of stealing his computer code and giving it to someone else, police said.

(This story has not been edited by NDTV staff and is auto-generated from a syndicated feed.)
Comments
Mainak SarkarUCLA ShooterUCLA shooting