Change In Kim Jong-Un's Attitude After His Meeting With Xi: Trump

Trump said the meeting between the two leaders was not a great meeting as there has been a change in North Korea's attitude after that. 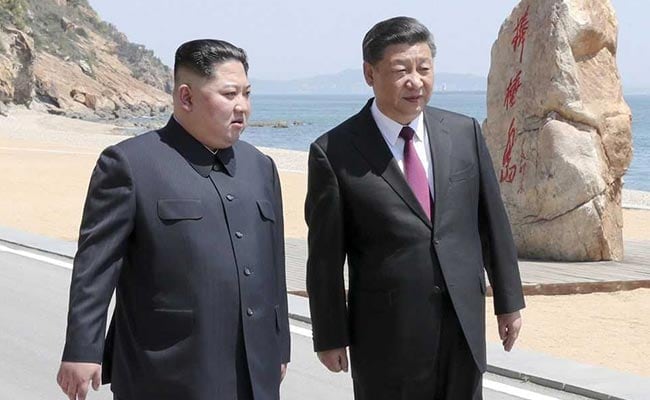 Xi and Kim met in the northeastern city of Dalian May 8. (Reuters)

Xi and Kim met in the northeastern city of Dalian in an unannounced visit by the North Korean leader on May 8. Trump said the meeting between the two leaders was not a great meeting as there has been a change in North Korea's attitude after that.

"I think that President Xi is a world class poker player. I probably maybe doing the same thing that he would do. But I will say this, there was a somewhat different attitude after that meeting, and I'm a little surprised," Trump told reporters at the White House.

Nobody knew about the meeting and all of a sudden it was reported that he was in China a second time, he said.

"The first time everybody knew about, the second time was like a surprise. And I think things changed after that meeting. So I can't say that I'm happy about it," Trump said in presence of South Korean President Moon Jae-in.

He also asked Moon for his views on the Xi-Kim meeting, "Now President Moon may have a different opinion, I'd like to have your opinion on that. What you thought of the second meeting with President Xi, what is your feeling? You may have an opinion," Trump asked. "I don't want to get him in trouble, he lives next to China. You know, he's not too far away," he said.

"The second meeting I think there was a little change in attitude from Kim Jong-un", he said. "Hope that's not true, because I have a great relationship with President Xi. He's a friend of mine, he likes me, I like him. I mean that was two of the great days of my life being in China. I don't think anybody's ever been treated better in China in their history," he said.

"It was an incredible thing to see. We built a very good relationship, we speak a lot. But there was a difference when Kim Jong-un left China the second time. And I think they were dedicating an aircraft carrier that the United States paid for," Trump said.

(This story has not been edited by NDTV staff and is auto-generated from a syndicated feed.)
Comments
Donald TrumpXi JingpingKim Jong-Un