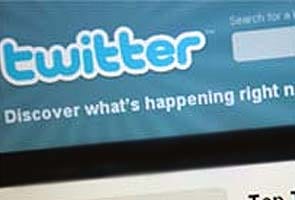 Washington: US celebrities weighed in on the race for the White House on election eve on Monday, endorsing their favorite candidates on Twitter or making last-ditch pleas for their followers to get out and vote.

Eva Longoria, star of TV show "Desperate Housewives", posted an "I voted" banner from Team Obama on her Twitter profile picture, and urged her 4.6 million followers to do the same.

"Can't get too political in only 140 chac (characters) but for those asking, I'm voting #RomneyRyan," said Melissa Joan Hart -- star of the TV series "Melissa & Joey."

Obama and his Republican challenger Romney have been powering through key swing states in a last-ditch bid for voters ahead of election day Tuesday, when Americans will take to the polls to choose their next president.

Rapper Jay-Z and rocker Bruce Springsteen joined Obama in his final day of campaigning on Monday, and other Hollywood A-listers have recently come out in support of the president.

Actresses Mia Farrow and Julianne Moore, and singer Mary J. Blige also called on their fans to vote for Obama on Twitter Monday.

Romney, meanwhile, has won the high-profile backing of Clint Eastwood, who made a guest appearance at the Republican National Convention with a now-famous speech where he talked to an empty chair meant to represent Obama.

The film star still cuts a relatively lonely figure in Hollywood with his support for Republicans, although several TV actors have come out publicly to back Romney.

"What a wonderful present it will be to have you Inaugurated as The President Of The USA on my birthday 1/20/2013! God Speed! @MittRomney," film and TV actress Stacey Dash tweeted Monday to her 339,500 followers.

Others, meanwhile, made a last-ditch push to get voters out to the polling stations.