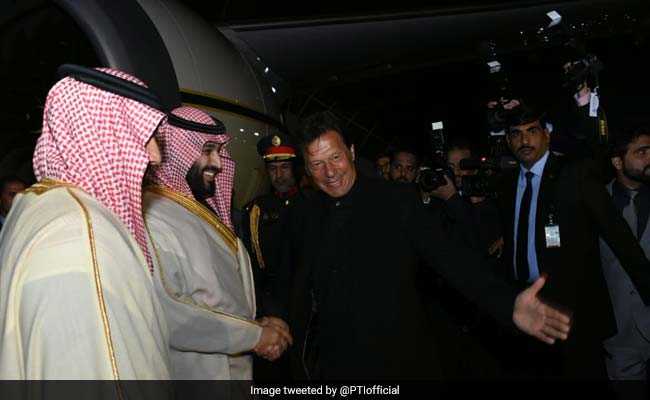 Saudi Arabia's Mohammed bin Salman was greeted with a booming 21-gun salute in Pakistan on Sunday, as the powerful royal scion kicked off an Asia tour months after being tarnished by his alleged links to the murder of a journalist.

The crown prince, widely known as "MBS", launched his diplomatic trip in the capital Islamabad, where he was set to sign a raft of investment deals believed to be worth billions that Pakistan hopes will provide welcome relief to its teetering economy.

MBS was embraced by Pakistani Prime Minister Imran Khan and powerful army chief General Qamar Javed Bajwa as he stepped onto a red carpet flanked by an honour guard at a military airbase near Islamabad.

The two-day visit to Pakistan comes amid high tensions in the region: India and Saudi Arabia's arch-rival Iran -- both Pakistan's neighbours -- have accused Islamabad of backing terrorist groups which have carried out suicide attacks on their soil in recent days.

MBS will travel to India after his Pakistan visit, where he will meet Prime Minister Narendra Modi and Petroleum Minister Dharmendra Pradhan. 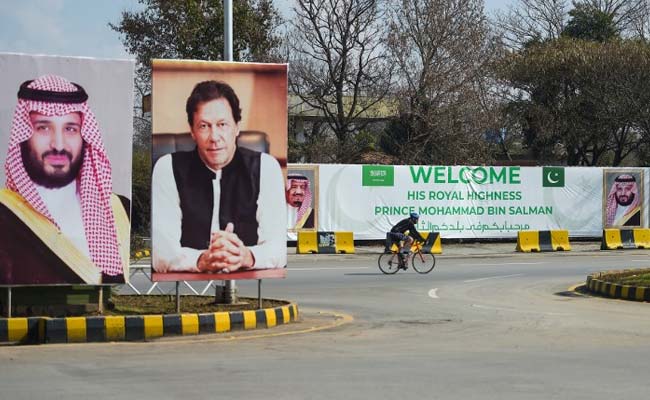 He is expected to finish the trip with a visit to China on Thursday and Friday.

The Asia trip comes five months after the murder of journalist Jamal Khashoggi, a fierce critic of MBS, at the Saudi consulate in Istanbul ignited a diplomatic crisis.

But for analysts, the Asia tour -- the largest outing on the international scene for the Saudi royal since his participation in the G20 summit in Argentina last December -- is a timely demonstration to the West that he still has friends in rising Asia.

He "wants to demonstrate that he is not an international pariah", said James M Dorsey, a researcher at the S. Rajaratnam School of International Studies in Singapore.

It is a matter of proving that he still has "international access and he can function... as the most senior representative of Saudi Arabia beyond the king".

"China is the largest buyer of Saudi crude, and Saudi Arabia's other largest clients are all Asian: India, Japan, South Korea," said Dorsey.

"Asia is a source of inward investment into Gulf energy and infrastructure investment; and the future growth of the global economy will be in Asia," said Karen Young, an analyst with the American Enterprise Institute.

Pakistan is facing a serious balance of payments crisis and hopes its longtime ally Saudi Arabia will throw the struggling economy a lifeline, specifically in the form of a $10 billion investment in a refinery and oil complex in the southwest of the county.

The crown prince's visit to Islamabad comes as the Taliban appeared to postpone a round of talks with the US set to be held in Pakistan this week, according to the group's spokesman.

Neither Washington or Pakistan confirmed the latest round of talks the Taliban earlier claimed were set to take place in Islamabad.

Saudi Arabia and Pakistan are both involved in a months-long push led by Washington aimed at ending the conflict in Afghanistan.