Cargo Ship With 14,600 Sheep Aboard Capsizes Off Romania

The ship bound for Jeddah in Saudi Arabia capsized shortly after leaving Romania's Midia port for yet unknown reasons. 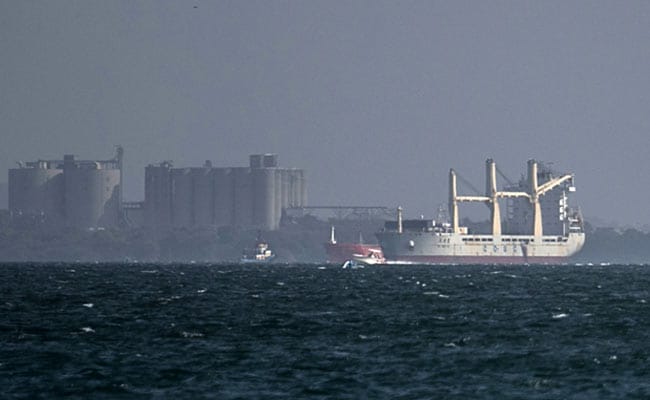 Rescuers were trying to tilt back the Palau-flagged ship and pull it to the port. (Representational)

Rescuers were struggling to save 14,600 sheep loaded on a cargo ship that capsized Sunday in the Black Sea off the coast of Romania.

The ship bound for Jeddah in Saudi Arabia capsized shortly after leaving Romania's Midia port for yet unknown reasons.

The crew of 20 Syrians and one Lebanese were rescued, together with 32 sheep, said Ana-Maria Stoica, a spokeswoman for the rescue services.

"The rescue operation is ongoing... We hope that the sheep inside the ship's hold are still alive," she told AFP.

Rescuers supported by the military, police and divers were trying to tilt back the Palau-flagged ship and pull it to the port, she said.

Romania, which joined the EU in 2007 but is one of its poorest members, is the bloc's third-largest sheep breeder, after the UK and Spain, and a top exporter.

Activists have labelled the livestock transport vessels -- about 100 of which leave Midia every year -- as "death ships", saying sheep risk being cooked alive aboard during the hot summer months.

In July, Vytenis Andriukaitis, then European commissioner in charge of health and food safety, demanded that Bucharest stop the transport of 70,000 sheep to the Gulf, citing animal welfare and evoking "extreme temperatures".

He has instructed the European Commission to audit Romania's practices.

(Except for the headline, this story has not been edited by NDTV staff and is published from a syndicated feed.)
Comments
Romania shipSheepcargo ship