Car Crash Killed Newlywed In 1973; Now Police Say She Was Killed By Groom

Prosecutors allege Rudd's marriage to Noreen was built not on affection, but on a plot to collect insurance money. 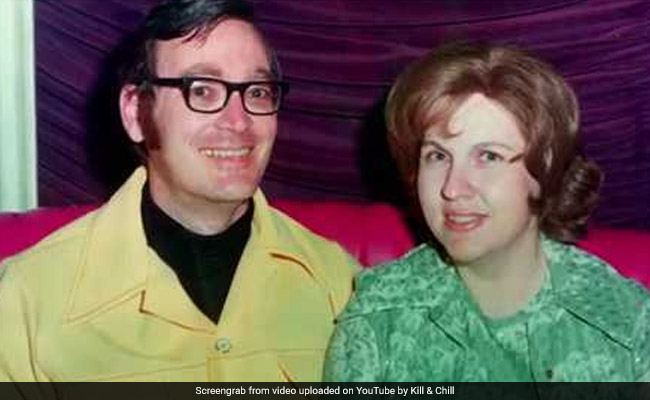 The couple had been married for 27 days when the incident occured and led to Noreen's death.

The driver was in the front seat cradling his bride's motionless head when the police arrived. The clock was moving toward midnight on Sept. 14, 1973. A 1972 Pinto wagon had plowed into a field running parallel to the empty stretch of road in Barrington Hills, Illinois, about 40 miles northwest of Chicago. The rookie officer on the scene - Christopher Bish - had never handled a fatality before.

The 21-year-old officer pulled the young woman onto the ground to resuscitate her. As Bish would recount to a jury nearly 45 years later according to the Chicago Tribune, Noreen Kumeta Rudd's head of blond curls felt "mushy" to his touch.

The 19-year-old was dead. Her husband, a young attorney named Donnie Rudd, told police the couple had been forced off the rural road by a passing car. Noreen was thrown from the Pinto, bashing her head on a rock, he said. They had only been married for 27 days. Noreen was buried in her wedding dress.

According to a 2016 profile in the Houston Chronicle, the Texas native was a Chicago lawyer specializing in condominium law, his practice so successful he hosted a local television program and adorned his car with "MR CONDO" vanity plates. He was a member of the local school board. He worked for a biotechnology firm that contracted with NASA. He was married five times. He left behind bankruptcies and jilted clients and legal complaints.

And he was also the suspect in two murder investigations.

This week, Rudd's latest role is as a criminal defendant, charged with allegedly using the 1973 car accident to cover up a coldblooded homicide.

Prosecutors allege Rudd's marriage to Noreen was built not on affection, but on a plot to collect insurance money. He spent the night before his wedding at another girlfriend's house, the state says. He was back with the woman the day Noreen was buried.

"The defendant didn't marry Noreen because he loved her," Assistant State's Attorney Maria McCarthy told the jury in her opening statement, the Tribune reported. "He married her because he wanted to kill her."

Suspicions about Rudd's involvement in a separate unsolved 1991 murder led investigators to reexamine the 1973 accident.

Rudd, now 76 and confined to a wheelchair, denies the charges. "We look forward to finally getting this case to trial," Rudd's lawyer, Timothy Grace, told the Daily Herald. "We believe the state has a very weak case and do not believe they'll come close to meeting their burden."

But the trial could be the last act in a bizarre life full of family drama, spouse-swaps, successes earned and faked, and allegedly murder.

"We've always wondered how you can get away with so many things," said Rudd's first wife, Louann Hart, told the Chronicle. "The things he has done to other people . . . it is beyond my capability of understanding."

Rudd grew up in Texas, meeting his first wife while he studied chemical engineering at Texas A&M University, the Chronicle reported. The couple moved to Chicago when Rudd enrolled at Kent College of Law. He later worked as a patent attorney for Quaker Oats and was elected to the local school board. He and his first wife had four children.

The first marriage ended with an abrupt dramatic crash. According to the Chronicle, the Rudds had befriended the family of another member of the school board, Dianne Marks. In 1972, both couples split up. Rudd moved in with Marks. Marks's husband linked up romantically with Rudd's wife (they eventually married and remain together, the Daily Herald reported).

But a year later in August 1973, Rudd dropped a new bombshell on Marks - he was leaving her, he said, and marrying a 19-year-old Noreen Kumeta, a co-worker at Quaker Oats. The wedding was the next day, he told his jilted girlfriend.

Twenty-seven days after the ceremony, police rushed to Rudd and his wife in the crashed Pinto.

At the trial this week, the emergency room physician who treated Noreen after the crash testified the patient was dead when she arrived at the hospital, the Tribune reported. The doctor noted wounds on her scalp at the time, but listed the probable cause of death as "fractured cervical spine." No X-rays were taken of the body. No autopsy was performed.

On the day of the funeral, Rudd returned to the home of his purportedly jilted girlfriend-Marks. They married eight months later, according to the Daily Herald. The widower would eventually receive $120,000 in insurance money after Noreen was killed.

In the 1980s, Rudd switched his practice's focus to condominium law. Business was so good - the Chronicle reports at one point he had more than 2,000 clients - that he began hosting his own show dispensing legal advice. The "MR CONDO" vanity plates went on his car.

But the success was a facade, according to the Chronicle. In the 1980s and 1990s, Rudd fell into a pattern. He would tell clients he had secured big money awards in lawsuits. But the money would never appear. Complaints were made to the state. In 1988, Rudd filed for bankruptcy.

In 1990, Rudd began representing an interior designer named Lauretta Tabak-Bodtke in a business dispute. Again, the attorney allegedly told his client he had won her a six-figure judgment. According to the Daily Herald, when the money didn't end up in the interior designer's account, she threatened to lodge an official complaint against Rudd.

On April 4, 1991, Tabak-Bodtke, the same interior designer, was found shot to death in her townhouse outside of Chicago. There were no signs of a break-in. Neighbors reportedly told police they saw a car with "MR CONDO" vanity plates at the victim's house on the day of her murder. No charges were ever filed, however.

A year later, Rudd and his then-wife Marks moved to Texas. In 1996, Marks died of breast cancer. By the time she was on her deathbed, Rudd was in a relationship with another woman. The Chronicle reported he married again five months after her death.

"My mother used to say there is a thin line between genius and madness and Donnie had a foot on each side," Marks's daughter Lori told the paper.

Rudd eventually changed careers again, going into the Texas biotech field. But he couldn't keep free of the suspicion lingering over Tabak-Bodtke's shooting. The victim's daughter, Stephanie Tabak, emailed or called Rudd every year on the anniversary of the murder with a message.

"You killed her, but part of her is still here, and that's me," she told Rudd, according to the Chronicle. "I'm not going to give up."

That pressure paid off. In 2013 Illinois police reopened the 1991 shooting. That inquiry, however, led to questions about the 1973 car crash. Noreen's body was exhumed as part of the investigation.

As a forensic pathologist told the jury this week, Noreen's body did not actually show signs consistent with falling from a moving car, the Tribune reported. Rather, the doctor told the jury the woman had been killed by multiple blows to the head with a blunt object.

In 2015, Rudd was officially charged with Noreen's murder. He remains a suspect in Tabak-Bodtke's death.

The trial, which continues this week, has featured testimony from witnesses who admit they were suspicious back in 1973, including Christopher Bish, the rookie cop who attempted to revive Noreen.

"Did you think about investigating the accident?" the prosecutor asked the former officer this week, the Tribune reported.