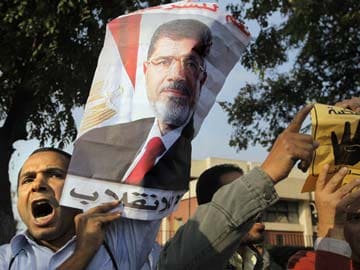 Cairo/Ismailia: Ten Egyptian soldiers were killed by a car bomb in the Sinai Peninsula on Wednesday, one of the deadliest attacks there since al Qaeda-inspired militants stepped up violence following the overthrow of Islamist President Mohamed Morsi.

State television reported a suicide bomber carried out the assault near the coastal town of El-Arish, on the road to the border with the Palestinian-controlled Gaza Strip. A military source said the explosive was set off by remote control.

No one immediately claimed responsibility for the blast. But Islamist militants have kept up attacks in the desert peninsula in the face of a major military operation launched this summer to reassert state control.

The army pledged to continue "its war on black terrorism".

"The precious blood of our sons only increases our determination to purify Egypt and to protect its people from violence and vengeful terrorism," the military spokesman said in a statement posted on his Facebook page.

Thirty-five people were wounded in the attack, security officials and state media said. The soldiers were traveling by bus in a convoy on the road to the Rafah border crossing with Gaza.

The security situation in Sinai makes it difficult verify reports of attacks independently.

VIOLENCE IN SINAI AND BEYOND

Well over 100 members of the security forces have been killed in Sinai since Morsi was deposed by the army.

Militants killed 24 policemen in an ambush in North Sinai in August, days after security forces killed hundreds of Morsi supporters while dispersing their sit-in protests in Cairo.

Sixteen soldiers were killed in an attack in August last year.

Morsi was ousted on July 3 after mass protests against his rule. The downfall of Egypt's first democratically elected head of state has also triggered attacks beyond Sinai in the towns and cities of the densely populated Nile Valley.

In a separate incident on Wednesday, three people were wounded in a bomb attack on a security checkpoint in Cairo, state television reported.

This week, gunmen shot dead a senior security officer outside his home in Cairo.

A Sinai-based militant group, Ansar Bayt al-Maqdis, claimed responsibility for the killing, according to a statement posted on a militant Islamist website. The same group has also said it was behind a failed suicide attack on Egypt's interior minister in September.

The repeated attacks have raised fears Egypt could face a sustained period of militant violence.

The violence and the political struggle between Morsi's Muslim Brotherhood and the army-backed government has hit investment and tourism in Egypt, an important U.S. ally that controls the Suez Canal - a vital artery of world shipping.

A steady stream of weapons from neighbouring Libya since the revolt against Muammar Gadhafi has also heightened Egypt's security problems.

The Muslim Brotherhood has condemned violence and says it is committed to peaceful activism. But many of its leaders are standing trial for inciting violence.

In Sinai, the army has used attack helicopters, tanks and other heavy weapons in its campaign.

Promoted
Listen to the latest songs, only on JioSaavn.com
"They're fighting an insurgency using very forceful means," said Anna Boyd, manager for country risk in the Middle East and Africa at IHS Jane's based in London. She said this risked further radicalising the population.

"This is an economically deprived area."
© Thomson Reuters 2013