While looking through a book about Japan to help her grandson with a school project, the woman noticed something had fallen from the pages. It was a lottery ticket. 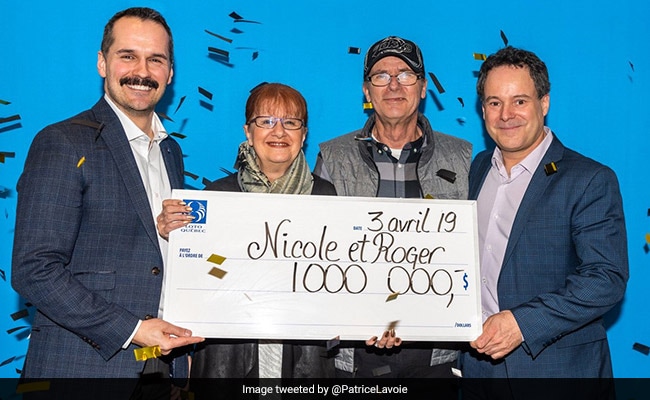 Nicole Pedneault and Roger Larocque realised they had a winning ticket from an April 5, 2018 drawing.

A Quebec couple won Can$1 million ($750,000) in the lottery after finding a winning ticket that had been forgotten in a book for months, the province's Loto-Quebec organization said Wednesday.

Nicole Pedneault and Roger Larocque only realised last weekend that they had a winning ticket from an April 5, 2018 drawing.

While looking through a book about Japan to help her grandson with a school project, Pedneault noticed something had fallen from the pages.

It was a lottery ticket the couple had bought for Valentine's Day last year.

"If my grandson hadn't asked me to give him some things for his presentation, I wouldn't have ever found the ticket," Pedneault said.

"The first thing I did when I found the ticket in the book was go look at the deadline for claiming winnings on the Loto-Quebec website," she said.

The ticket was still valid, but not for long -- only until Friday.

"It's all just by chance that we found it at the last minute like that," the winner said as she claimed her check.

(Except for the headline, this story has not been edited by NDTV staff and is published from a syndicated feed.)
Comments
Quebec coupleCanada lotterylottery ticket