Canada views the Bashar al-Assad regime in Syria as being "guilty of war crimes". 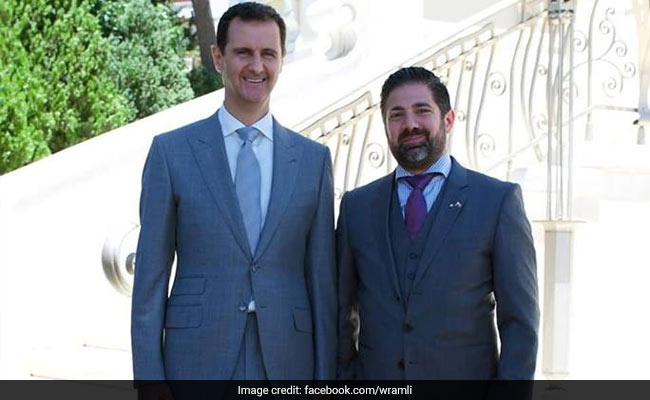 Prime Minister Justin Trudeau's government said Tuesday it was looking into how an unapologetic supporter of Syrian President Bashar al-Assad was approved for a diplomatic posting in Canada.

Foreign Minister Chrystia Freeland told a news conference: "This situation is unacceptable, and we intend to respond very quickly."

She highlighted that Canada views the Assad regime as being "guilty of war crimes" and said she discussed the appointment with Trudeau on Tuesday morning.

In a Twitter message the minister said earlier she was "shocked" to learn of Ramli's political leanings, and has "asked the department to look into (his appointment) right away."

A senior official told AFP that vetting of the relatively low-level appointment -- which comes with no pay -- would have been handled by the department's protocol office, adding that someone "dropped the ball" because Ramli has posted pro-Assad views online and rules bar diplomats from publicly espousing political opinions.

Canada has sanctioned the Assad regime and resettled some 60,000 Syrian refugees since Trudeau's Liberals came to power in 2015. Trudeau himself shook the hands of several new arrivals and gifted them parkas.

The Liberals are now in a tight race against the Conservatives lead by Andrew Scheer, ahead of October 21 elections.

Ramli's appointment is unsettling for the tens of thousands of Syrian refugees who fled war and could engage with him on consular matters such passport renewals, arranging for remittances to family members or obtaining a birth certificate or school records from Syria.

Macleans said Ramli has often been seen driving a bright red Humvee with the license plate 1SYRIA and windows emblazoned with a Syrian flag and a portrait of Assad.

It also published a photo of Ramli with Trudeau at a recent Liberal party fundraiser.