Teen Wakes Up From Year-Long Coma, Unaware Of Coronavirus Pandemic

Joseph Flavill, 19, suffered a traumatic brain injury when he was hit by the car in the central English town of Burton-on-Trent on March 1 last year, about three weeks before a first national lockdown was imposed to curb the spread of the virus. 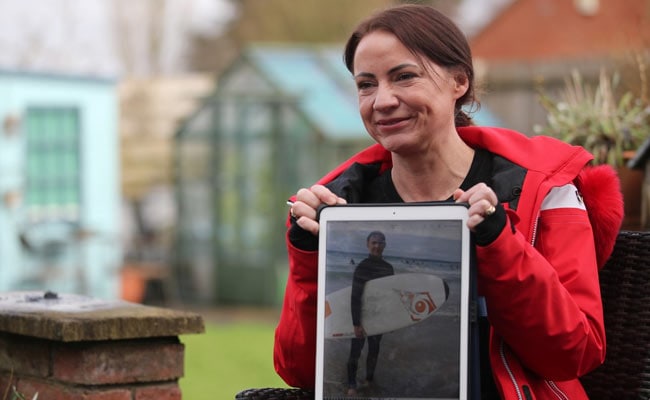 Sally Flavill shows a photograph of her nephew Joseph Flavill, who has awoken from a coma.

A British teenager is slowly emerging from a coma nearly a year after being hit by a car, and he has no knowledge of the coronavirus pandemic even though he has caught the virus twice.

Joseph Flavill, 19, suffered a traumatic brain injury when he was hit by the car in the central English town of Burton-on-Trent on March 1 last year, about three weeks before a first national lockdown was imposed to curb the spread of the virus.

During that time his family has been largely unable to be near him and hold his hand due to coronavirus restrictions, mostly trying to communicate with him via video link.

"Recently Joseph has started to show small signs of recovery, which we are thrilled about... We know now he can hear us, he responds to small commands," his aunt, Sally Flavill, told Reuters.

"When we say to him 'Joseph, we can't be with you, but you are safe, this is not going to be forever', he understands, he hears you, he just can't communicate," she said, adding that he now signalled 'yes' with a blink and 'no' with two blinks.

Since Joseph's accident, Britain has registered nearly four million COVID-19 cases, including more than 110,000 deaths, in a pandemic that has turned life upside down worldwide, shuttering schools, universities, shops and many other places.

"I don't know how Joseph will ever understand our stories of this lockdown," his aunt said, adding that he was still very ill and faced a "very, very long journey" back to some kind of normal life.

Joseph, who before the accident was a keen sportsman, is now receiving treatment at a care centre in Stoke-on-Trent, central England, and his family has started a fund-raising campaign.