The three men, all in their 30s, were being questioned by detectives, police said in a statement on Wednesday. 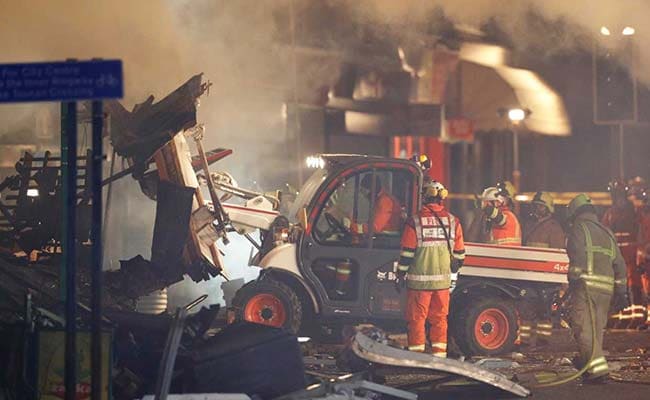 The blast in the central English city injured five others and ripped through a building. (Reuters)

British police have arrested three men on suspicion of manslaughter related to an explosion that killed five people in the city of Leicester on Sunday evening.

The three men, all in their 30s, were being questioned by detectives, police said in a statement on Wednesday.

"Whilst we will not disclose further details at this stage, we stress that there remains no evidence that the events of Sunday night are in any way terrorist related", police said.

The blast in the central English city, which also injured five others,ripped through a building, destroying a convenience store on the ground floor and a two-storey apartment above.

(This story has not been edited by NDTV staff and is auto-generated from a syndicated feed.)
Comments
Leicester BlastLeicester Explosion London