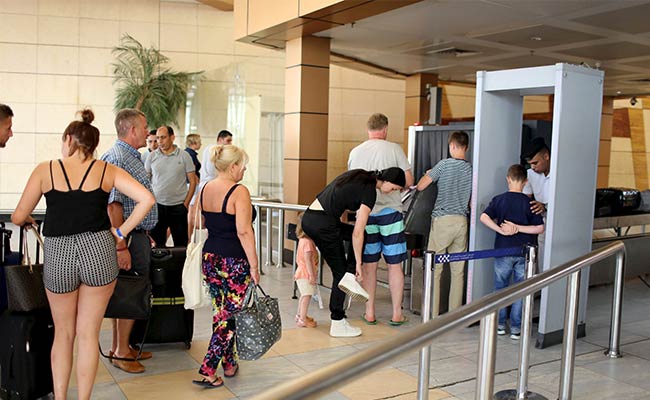 London: A British passenger jet came close to being hit by a rocket as it came in to land at Egypt's Sharm al-Sheikh in August, British media reported on Saturday, although the UK government said it concluded the incident was not a deliberate attack.

The pilot of the Thomson flight from London to Egypt took evasive action after spotting the missile coming towards the plane as it flew to the Red Sea resort, the Daily Mail reported.

The rocket was believed to have come within 1,000 ft (300 m) of the plane, an unnamed source told the paper.

Britain confirmed the incident had occurred but played down its significance as investigators try to pin down the cause of a Russian passenger plane crash over Egypt's Sinai. Western officials believe it was brought down by a bomb after taking off from Sharm al-Sheikh on Oct. 31.

"We investigated the reported incident at the time and concluded that it was not a targeted attack and was likely to be connected to routine exercises being conducted by the Egyptian military in the area at the time," the Department for Transport said in a statement.

A government source also said the rocket was not thought to have come as close as the report suggested.

This week British Prime Minister David Cameron halted flights to and from the Egyptian resort on concerns that the Russian jet had been downed by a bomb.

Flights resumed on Friday to bring home stranded tourists in the resort, where about 20,000 Britons were on holiday.

However, the operation descended into chaos on Friday when only eight of the 29 flights left Sharm al-Sheikh because Egypt said Britain's insistence that passengers returned without all their luggage meant the airport was unable to cope.
© Thomson Reuters 2015