Trace amounts of the substance used to poison Sergei Skripal and his daughter Yulia, were found at Mill pub and Zizzi Italian restaurant in Salisbury. 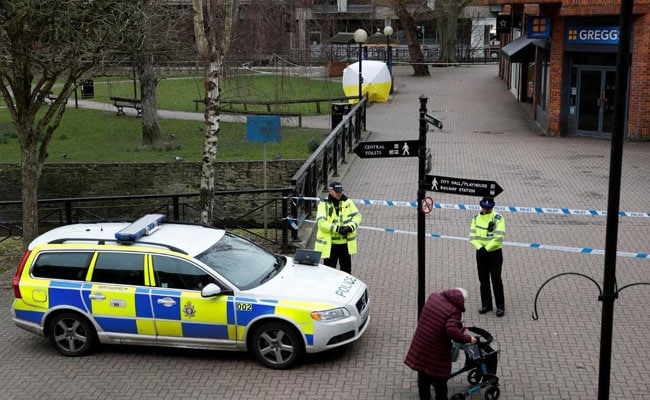 London: In an unusual move, British health authorities on Sunday asked nearly 500 people, who were at a restaurant and pub linked with the mysterious poisoning of a former Russian spy and his daughter, to clean up their possessions to remove any traces of the deadly nerve agent used against the targets.

Trace amounts of the substance used to poison Sergei Skripal and his daughter Yulia, were found at the Mill pub and Zizzi Italian restaurant in Salisbury, where the duo had been before they were found collapsed on a bench at The Maltings shopping centre in the city.

"The risk to the general public remains low and I am confident none of these customers or staff will have suffered harm," said Prof Dame Sally Davies, the chief medical officer for England.

She said after "rigorous scientific analysis", there was some concern that prolonged exposure over weeks and months could cause health problems, but it was "not a subject for panic".

People who were at either the pub or the Italian restaurant before they were shut down last Monday have been advised to wash their clothes, ideally in a washing machine.

Clothes which cannot be washed, for example if they need dry cleaning, should be double bagged in plastic until further notice, the advice notes.

Other belongings such as mobile phones, handbags and other electronic items should be wiped with baby wipes, which should be bagged in plastic and put in the bin and items such as jewellery and glasses should be washed with warm water and detergent, the BBC reported.

Skripal, 66, and his daughter Yulia, 33, both remain critically ill in hospital after being discovered on Sunday.

Detective Sergeant Nick Bailey, who was the first police officer to come in contact with the circumstances, remains seriously ill in hospital but has been talking to his family.

In a statement, he thanked well-wishers but stressed that he did not consider himself a "hero" but that he was merely doing his job along with other officers.

The pub and restaurant are two of five sites in Salisbury focused on by investigators, including the shopping centre bench, Skripal's home and the cemetery where Skripal's wife and son are buried.

Around 21 people required medical treatment in the days following the poisoning.

A 30-year-old man has been charged with breaching a cordon at one of the sites, The Maltings shopping area, on Friday night.

He was also charged with assaulting a police officer, criminal damage to a police vehicle, common assault and a racially aggravated public order offence, and is due before magistrates in Swindon on Monday.

Army officers with specialist chemical training continue to assist the British police and have overseen the removal of vehicles of interest, including an ambulance. More than 250 counter-terrorism police are involved in the investigation, which has yielded 200 pieces of evidence so far and more than 240 witnesses, according to the police.

"We need to give the police and the investigators the space to get on with (it). I want to stress that they are proceeding with speed and professionalism. We are putting in enormous resources to ensure that they have all the support that they need to do that," said UK home secretary Amber Rudd, after chairing another emergency meeting over the issue on yesterday.

The Bishop of Salisbury, the Right Reverend Nicholas Holtam, said the attack on Skripal and his daughter was a "violation" of the city.

Promoted
Listen to the latest songs, only on JioSaavn.com
Russia has continued to deny any association, but the attack has been compared to the murder of former KGB agent Alexander Litvinenko, who ingested the rare and highly radioactive polonium 210 in London 11 years ago.

Colonel Skripal was convicted of treason in 2006 and jailed for 13 years for selling secrets to MI6, which had recruited him in the 1990s. The senior intelligence officer with Russian military intelligence GRU, was pardoned in a spy swap in 2010 and settled in Salisbury, Wiltshire.