Meet The Divers At The Centre Of Thailand Cave Rescue

In the dramatic video footage of the moment when the divers reach the group, nine days after they disappeared, a diver with a British accent is heard talking to the group. 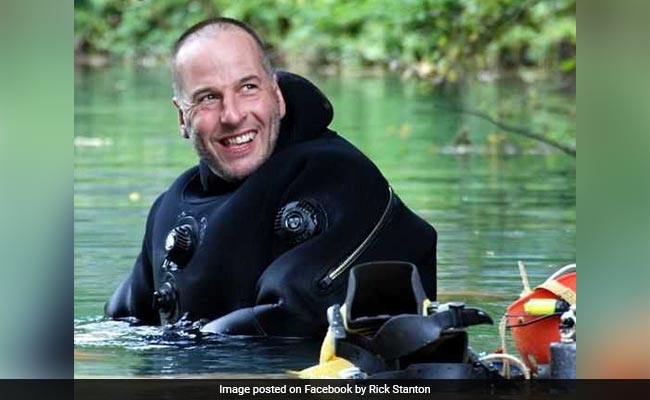 Rick Stanton is one of the British divers who first discovered the 12 children.

We all have hobbies we enjoy.

Stanton and his diving partner, John Volanthen, have been identified in the British media as the two British divers who first discovered the 12 children and football coach trapped in a cavern in northern Thailand.

In the dramatic video footage of the moment when the divers reach the group, nine days after they disappeared, a diver with a British accent is heard talking to the group.

"How many of you? 13? Brilliant," he says. When asked by the group if they will be leaving the cave, the diver says: "No, not today, not today. There's two of us. You'll have to dive."

The elite British divers are said to be among over 1,000 people assisting in the rescue mission, which is far from over as rescuers face formidable challenges in getting the group out. Officials have said the rescue operation could take months.

Those in the British cave-diving community say that if anyone was going to find the group, it was Stanton and Volanthen. They are not surprised by the reports that Thai authorities called on them to help with the rescue.

"These are two of the most experienced, most renowned cave divers in the world, there's not many people who know caving who would not agree that these are the right guys in the right place," Andy Eavies, a spokesman for the British Caving Association, told the BBC. "If anybody was going to get through and get to these kids, it was these two, John and Rick."

The duo have led high-profile rescue attempts before. In 2010, they led a rescue attempt in southern France to find French diver Eric Establie. Unfortunately, they found his drowned body at the end of an 8-day rescue mission.

They received the Royal Humane Society award at Buckingham Palace for their efforts.

The pair are effectively the "A Team" of cave-divers, said Bill Whitehouse, vice chairman of the British Cave Rescue Council, who has been in contact with them since they discovered the Thai football team. He said that they described the 3-hour round-trip dive to the chamber where the group is still trapped as "a bit gnarly."

"They are really the sort of A-Team, if you like," he told the BBC. "They have been at the spearhead of making their way through because they have the skills and expertise to do it. Of course, one of the first things they had to do in pushing through is laying a guideline so that a) they could get out again and so others could follow along."

Stanton, a firefighter in his 50s, also led a rescue mission in 2004 in Mexico, where he helped to save six British soldiers who were trapped underground for six days.

He told Divernet magazine that his cave diving rescue work - for which he received an MBE (Member of the British Empire) - was a "hobby" and entirely a "voluntary service."

Volanthen, an IT consultant in his 40s, told the Sunday Times in 2013 that the secret to cave diving was keeping a cool head.

"Panic and adrenaline are great in certain situations - but not in cave diving," he said. "The last thing you want is any adrenaline whatsoever."

"What you want is nice and boring," he told the paper. "Underwater, things happen slowly. If a parachute fails on a base jump, you have seconds to contemplate your fate. If something goes wrong 10 kilometers down an underwater tunnel, you usually have until your air runs out to find a solution or make your peace."