Queen Elizabeth II To Rest "For At Least" Next Two Weeks: Buckingham Palace

Doctors have advised that the 95-year-old can continue to undertake light, desk-based duties, said the statement. 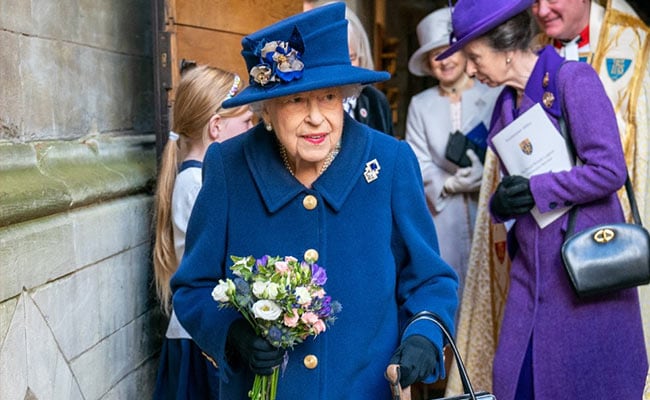 Queen Elizabeth II cancelled her appearance at the UN climate conference, which starts on Sunday

"Following on from their recent advice that The Queen should rest for a few days, Her Majesty's doctors have advised that she should continue to rest for at least the next two weeks," said a palace statement.

Doctors have advised that the 95-year-old, who is due to celebrate her Platinum Jubilee marking 70 years on the throne next year, can continue to undertake light, desk-based duties, said the statement.

She will conduct some virtual audiences, but will not undertake any official visits.

"It remains the Queen's firm intention to be present for the National Service of Remembrance on Remembrance Sunday, on 14th November," added the statement.

After seven decades of relentless service, a night in hospital forced the queen to take medical advice to slow down.

She cancelled her appearance at the UN climate conference, which starts on Sunday in Scotland, a rare move for the workaholic monarch and all the more telling given her personal commitment to environmental issues.

Buckingham Palace said she was "disappointed" to pull out, but that the decision was taken following medical advice "to rest".

The Queen took a step back from work on October 20, the day after a reception at Windsor Castle where she chatted with Prime Minister Boris Johnson and US billionaire Bill Gates.

She spent the following night in hospital, her first since 2013, where Buckingham Palace said she underwent "preliminary examinations".

The monarch had appeared in strong form in public until recently, despite the loss of her 99-year-old husband Prince Philip in April.

She had been attending official engagements almost daily, similar to her pre-pandemic workload, since returning from her traditional summer holiday in Balmoral, Scotland.