Misa Matsushima, 26, of Japan Air Self Defence Force, finished her training to fly F-15s and will officially be named a fighter pilot on Friday 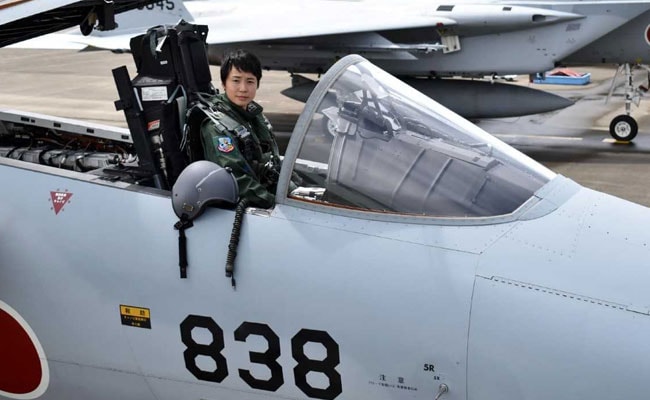 Japan will shortly have its first female fighter pilot, the military said Thursday, with the "Top Gun" inspired officer vowing to blaze a trail in the sky for other women.

First Lieutenant Misa Matsushima, 26, of Japan Air Self Defence Force, finished her training Wednesday to fly F-15s and will officially be named a fighter pilot on Friday, the ministry said in a brief statement.

"Ever since I saw the movie 'Top Gun' when I was in primary school, I have always admired fighter jet pilots," she told local media.

"I wish to continue to work hard to fulfil my duty (not just for myself but) also for women who will follow this path in the future," she said.

The air force decided in 1993 to open all positions to women, except for pilots of fighter jets and reconnaissance aircraft.

But the limit was lifted in 2015, opening the way for Matsushima to join the elite group of fighter pilots, with three other women now going through training.

Japanese Prime Minister Shinzo Abe has called on the nation's corporate world to open leadership positions to women but with little visible success.