Branded 'Enemies Of The People' Over Brexit Case, Senior UK Judges Hit Back 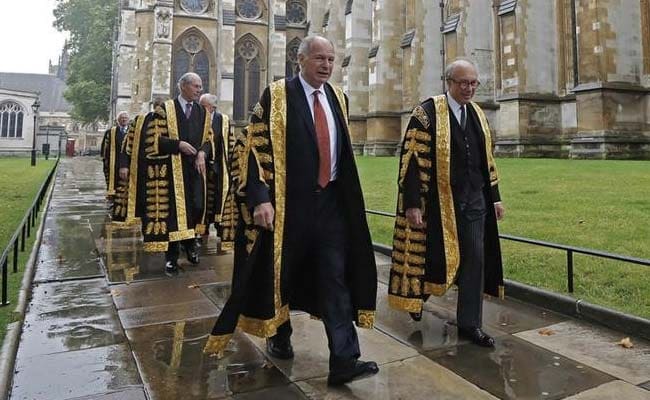 Vitriolic coverage included personal attacks on judges, was in response to a High Court ruling.

London: Britain's most senior judges have denounced as abusive a barrage of criticism levelled at them over a ruling that displeased the pro-Brexit press, culminating in a front page branding them "Enemies of the People".

The vitriolic coverage, which included personal attacks on individual judges, was in response to a High Court ruling last November that the government could not trigger the process of leaving the European Union without parliamentary assent.

"The judiciary of England and Wales felt attacked personally," said David Neuberger, president of the Supreme Court of the United Kingdom, during an appearance on Wednesday before a parliamentary committee.

He was echoing comments last week by John Thomas, who as Lord Chief Justice is the most senior judge in England and Wales and who was one of three judges who made the Brexit ruling.

"Criticism is very healthy. If you have got something wrong, fine, but there is a difference between criticism and abuse," Thomas told the same committee a week ago.

"It's the only time in the whole of my judicial career that I've had to ask for the police to give us a measure of advice and protection in relation to the emotions that were being stirred up," he said.

He added that he had worked on many very serious cases, including terrorism trials involving Al Qaeda, and had never had that problem before.

Thomas also said that other, less senior judges had written to Liz Truss, the Secretary of State for Justice, to express concerns because "litigants in person were coming and saying 'you're an enemy of the people.'"

That was a reference to a controversial headline that appeared on the front page of the Daily Mail, Britain's second-biggest selling newspaper, highlighting the levels of passion and anger surrounding the Brexit issue.

Both Neuberger and Thomas criticised Truss for not speaking out in defence of judges at the time of the furore.

Truss initially said nothing about it. Under pressure, she eventually commented, stressing the importance of both an independent judiciary and a free press. She has refused to criticise the Daily Mail headline and other similar ones.

Thomas said her attitude was "completely and utterly wrong" and both he and Neuberger said she had failed to recognise her constitutional duty to uphold the independence of the judiciary.

Promoted
Listen to the latest songs, only on JioSaavn.com
(Editing by Stephen Addison)
© Thomson Reuters 2017