The then-19-year-old Tsarnaev and his 26-year-old brother Tamerlan sparked five days of panic in Boston when they detonated a pair of homemade pressure cooker bombs at the marathon's finish line, killing three people and injuring more than 200. 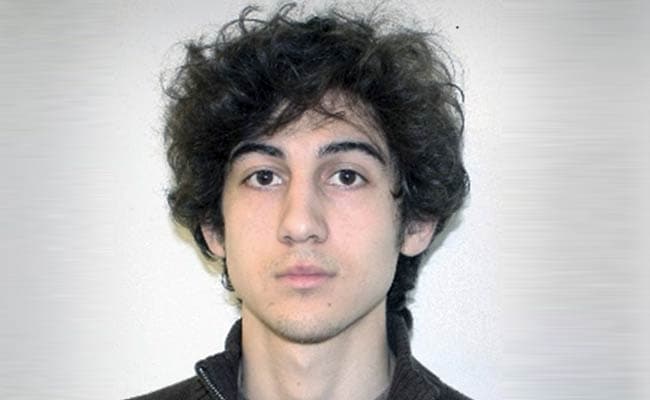 Dzhokhar Tsarnaev was sentenced to death after he was found guilty of killing 3 people in bombing.

Lawyers for Boston Marathon bomber Dzhokhar Tsarnaev on Thursday will try to persuade a federal appeals court that the death sentence he faces is unfair because it was handed down by a tainted jury.

Tsarnaev's defense team, in briefs filed with the 1st US Circuit Court of Appeals in Boston, have argued that the publicity and manhunt leading to his capture in April 2013 biased the pool of potential jurors, including one actual juror who joined the unanimous vote for the death penalty.

The then-19-year-old Tsarnaev and his 26-year-old brother Tamerlan sparked five days of panic in Boston when they detonated a pair of homemade pressure cooker bombs at the marathon's finish line, killing three people and injuring more than 200.

The pair eluded capture for days, punctuated by a gun battle with police in Watertown, Massachusetts, in which Tamerlan was killed. Boston and most of its suburbs were locked down for a day as armed officers and troops conducted a house-to-house search for Dzhokhar.

Tsarnaev is not expected to be present during two hours of oral arguments at the same federal courthouse in Boston where he was convicted. His lawyers are asking the appeals court to reverse his death sentence.

"Tsarnaev was tried in a community still suffering from his crimes," his defense team argued in court papers. "Two of the jurors who voted to sentence him to death lied during (jury selection), including the foreperson, who falsely denied calling Tsarnaev a 'piece of garbage' on Twitter, and, as the government concedes, failed to disclose that she and her family had sheltered in place in their Dorchester home during the manhunt."

U.S. Justice Department lawyers say Tsarnaev received a fair trial and the jury was picked from a population mostly opposed to the death penalty. During his trial, a poll by the Boston Globe showed that about two-thirds of Massachusetts residents favored a life sentence for Tsarnaev.

During the trial, the family of the youngest victim, Richard, also asked prosecutors to consider taking the death penalty off the table.

(Except for the headline, this story has not been edited by NDTV staff and is published from a syndicated feed.)
Comments
Boston AttacksBostom Marathon BombingDzhokhar Tsarnaev