The long-awaited Starliner mission carrying a crew of NASA astronauts to the International Space Station is the last step before the spacecraft can be certified for routine flights. 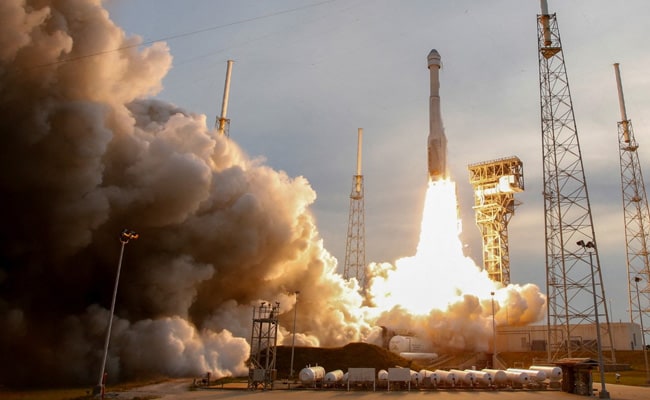 The long-awaited Starliner mission carrying a crew of NASA astronauts to the International Space Station is the last step before the spacecraft can be certified for routine flights, and will mark a pivotal moment for Boeing's space unit as it struggles to compete with Elon Musk's SpaceX.

NASA said "the date adjustment deconflicts visiting spacecraft traffic at the space station as NASA and Boeing work together to achieve flight readiness."

Boeing's Starliner, a gumdrop-shaped astronaut pod that launches atop a rocket, completed its first uncrewed flight test to the space station in May, re-doing a 2019 flight that was cut short by software glitches and technical failures.

Though Starliner successfully demonstrated a space station docking in May, Boeing encountered several technical issues with the spacecraft during the mission that it is working to fix to NASA's satisfaction.

The company and NASA are "working on a variety of verification efforts across several critical systems that will be used for Starliner's crew flight certification," the agency said.

Scrutinizing Starliner's parachutes and software are the two most time-consuming issues NASA and Boeing are dealing with ahead of the crewed flight test, NASA's commercial spaceflight director Phil McAlister said on Monday.

Boeing developed Starliner under a roughly $4.2 billion fixed-price NASA contract awarded in 2014, which includes six operational Starliner missions. NASA has a similar contract with SpaceX, whose rival Crew Dragon capsule has flown six crewed flights for the agency since 2020.

Illustrating difficulties Boeing faces on fixed-price contract programs, the company's Starliner contract has swelled to roughly $4.5 billion, and setbacks with the spacecraft have cost Boeing nearly $900 million since 2019.