"We At Boeing Are Sorry For Lives Lost In 737 Max Accidents", Says CEO

"All of us feel the immense gravity of these events across our company and recognise the devastation of the families and friends of the loved ones who perished," the CEO added. 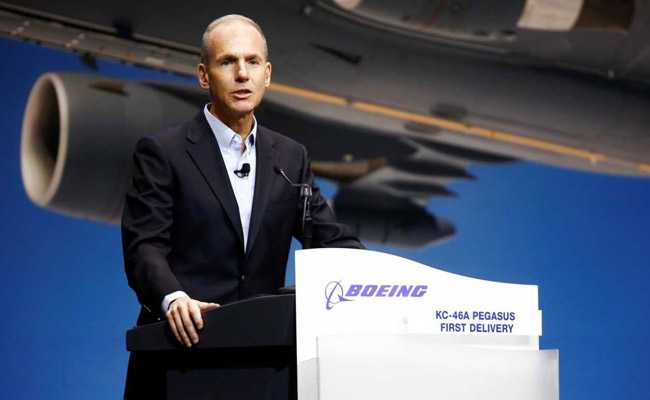 Details of what happened in the crashes will be issued by government authorities: Dennis Muilenburg

Boeing Chief Executive Officer (CEO) Dennis Muilenburg on Thursday apologised for the 346 lives lost in crashes of Boeing 737 MAX 8 aircraft in Indonesia as well as Ethiopia.

In a letter issued by Boeing, Muilenburg said, "We at Boeing are sorry for the lives lost in the recent 737 MAX accidents. These tragedies continue to weigh heavily on our hearts and minds, and we extend our sympathies to the loved ones of the passengers and crew on board Lion Air Flight 610 and Ethiopian Airlines Flight 302."

"All of us feel the immense gravity of these events across our company and recognise the devastation of the families and friends of the loved ones who perished," the CEO added.

The statement by Boeing came after Ethiopia on Thursday released the preliminary report into the March 10 Ethiopian Airlines crash which claimed the lives of all 157 people on board.

Ethiopian Minister Dagmawit Moges said that the Boeing 737 MAX aircraft was in good condition before take-off. Speculations regarding the flight being hit with a foreign object were also ruled out by the officials, according to CNN.

"The crew performed all the procedures repeatedly provided by the manufacturer but was not able to control the aircraft," Moges stated.

Mr Muilenburg, in his statement, noted that full details of what happened in the two accidents will be issued by the government authorities in the final reports very soon.

According to the Washington Post, preliminary reports show that the Maneuvering Characteristics Augmentation System (MCAS) was activated in the two flights, during the final minutes, when the pilots started struggling to keep the plane level downwards.

"As pilots have told us, erroneous activation of the MCAS function can add to what is already a high workload environment. It''s our responsibility to eliminate this risk. We own it and we know how to do it," Muilenburg said in his statement.

"Our top engineers and technical experts working tirelessly in collaboration with the Federal Aviation Administration to finalize and implement a software update that will ensure accidents like that of Lion Air Flight 610 and Ethiopian Airlines Flight 302 never happen again," he noted.

"We're nearing completion and anticipate its certification and implementation on the 737 MAX fleet worldwide in the weeks ahead. We regret the impact the grounding has had on our airline customers and their passengers," he added.

According to Boeing, the new software update for the 737 MAX 7 aircraft lets the pilot have the ability to override MCAS and manually control the aircraft, ensuring that the pilot always has the upper hand.