Climbers Tom Ballard and Daniele Nardi were last heard from on February 24 as they climbed the Nanga Parbat, which at 8,125 metres (26,660 feet) is the world's ninth-highest peak. 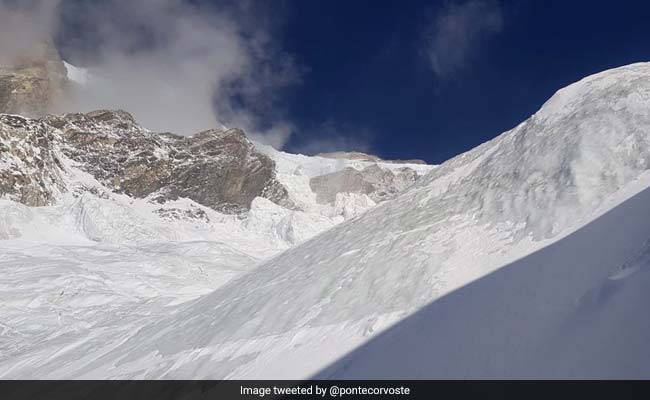 Italian ambassador to Pakistan said the bodies of the two had been identified from aerial photos.

The bodies of two climbers from Britain and Italy have been found in northern Pakistan nearly two weeks after the pair went missing, the Italian ambassador said Saturday.

Climbers Tom Ballard and Daniele Nardi were last heard from on February 24 as they climbed the Nanga Parbat, which at 8,125 metres (26,660 feet) is the world's ninth-highest peak.

They were attempting a route that has never been successfully completed.

Italian ambassador to Pakistan Stefano Pontecorvo tweeted on Saturday that the bodies of the two men had been identified from aerial photos.

"It hurts to announce that the search is officially over," he wrote.

"The search team have confirmed that the silhouettes spotted... at about 5,900 meters are those of Daniele and Tom."

An announcement on Nardi's Facebook page confirmed the deaths.

"We inform you that the research of Daniele and Tom has ended," the post said. "A part of them will always remain on the Nanga Parbat."

The discovery followed an extensive search by a team of Spanish clumbers with the help of Pakistani mountaineer Rehmatullah Baig, who was climbing with the men before turning back.

The search was delayed because rescue teams were forced to wait for permission to send up a helicopter after Pakistan closed its airspace on Wednesday in response to escalating tensions with India.

Ballard is the son of British mountaineer Alison Hargreaves, the first woman to conquer Mount Everest solo and without bottled oxygen.

She died in 1995 descending K2, the world's second tallest mountain and also in northern Pakistan.