Animal rights activists are up in arms against the regular spectacle, which began in the 1960s when wild pig numbers in this area in West Java soared and they were hunted to protect crops. 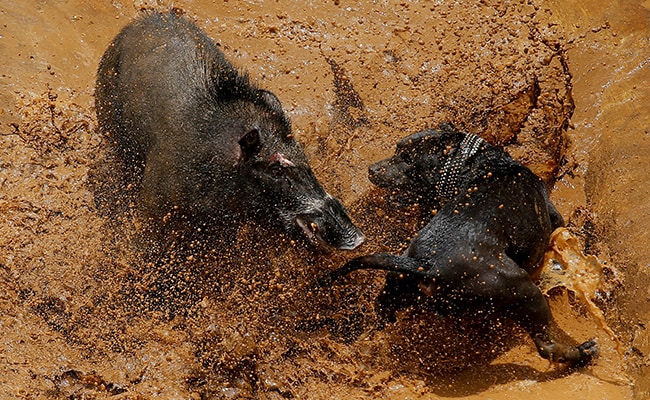 Animal Rights activists are up in arms against the wild boar fights, which began in the 1960s (Reuters)

Cikawao, Indonesia: A gory fight to the death between snarling dogs and captured wild boars.

Not surprisingly, animal rights activists are up in arms against the regular spectacle, which began in the 1960s when wild pig numbers in this area in West Java soared and they were hunted to protect crops. 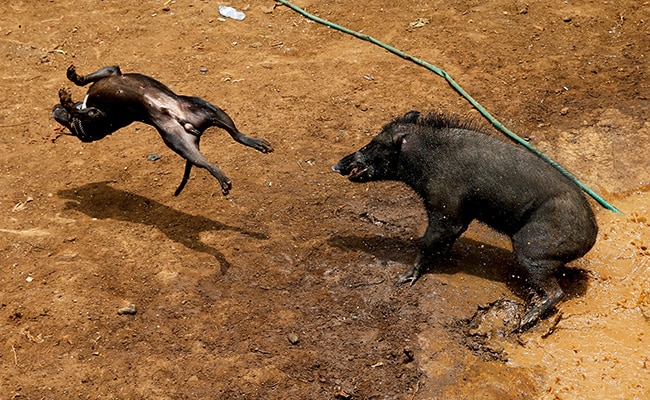 Participants told Reuters the fights were a way to preserve a tradition of hunting in the area. There's also a cash prize of up to $2,000 for the winning dog.

"It used to be very simple, not like now when the dogs are trained," said Nur Hadi, head of Hiparu, a group of hunting dog enthusiasts that takes part in the fights.

"From there it's been handed down and has even become part of tradition and culture," Hadi told Reuters. 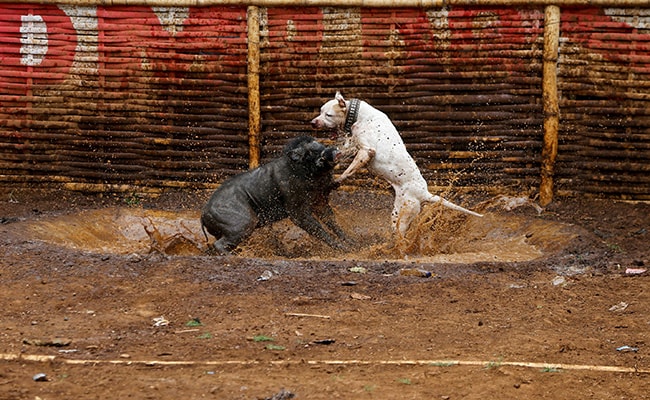 He defends the practice against criticism from animal rights groups, who say it should be banned.

"The government and NGOs should go to the field to stop this event and educate the people that dog fighting is not right."

The fights take place in a 15-by-30 metre (50 ft by 100 ft) arena surrounded by a bamboo fence to protect spectators, and only end when one of the animals is injured. 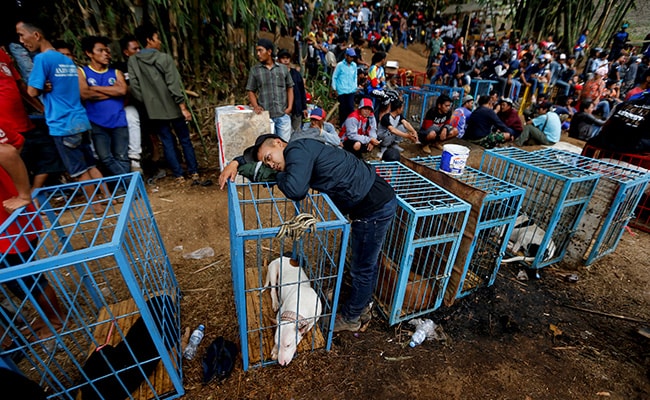 Participants say the contests test the agility and hunting abilities of the dogs. If a boar survives a fight, once healed it will be returned to the arena to fight another day. If not, it will be butchered and sold for meat.

"I take part in this contest to increase the selling price and economic value of my dogs, and it would be useless for me as a breeder if I did not participate in a contest like this," Badud said in his house where he keeps 40 dogs.

Promoted
Listen to the latest songs, only on JioSaavn.com
Dog owners pay anywhere from 200,000 rupiah to 2 million rupiah ($15 to $150) to enter the fights, depending on the size of their dog.
© Thomson Reuters 2017