Arnault's wealth has plunged. With LVMH shares down 19% this year, his net worth has shrunk by more than $30 billion -- losing more money than any other individual in the world, according to the Bloomberg Billionaires Index. 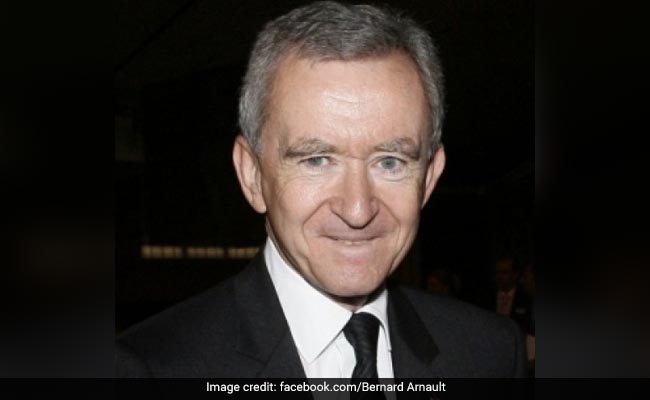 What's perhaps extraordinary, however, are the investments that Arnault still plans to maintain

In his ninth-floor office on Paris's Avenue Montaigne, Europe's wealthiest man, Bernard Arnault, is spending long hours plotting a post-virus future for his luxury goods empire, LVMH. At 71, the billionaire has lived through several crises, but none quite like this one, with his armada of more than 70 brands -- from Dior to Fendi -- hit from all sides.

Arnault's wealth has plunged. With LVMH shares down 19% this year, his net worth has shrunk by more than $30 billion -- losing more money than any other individual in the world, according to the Bloomberg Billionaires Index. As of May 6, he had lost about as much money as Amazon.com Inc. Chairman Jeff Bezos had gained.

Undeterred, Arnault has been heading to his war room every day, where he's fighting to keep a blockbuster acquisition and a couple of pharaonic real estate projects on track, while holding video calls with deputies as they prepare to reopen factories and boutiques in a virus-shaken world.

"He's putting himself in a position to keep taking share once the market gets back to growth," said Mario Ortelli, founding partner of luxury consultancy Ortelli & Co. in London.

Since the late 1980s, Arnault has dazzled -- and at times scandalized -- the rarefied world of French business with his prodigious flair for turning the creativity and craftsmanship of Europe's oldest brands into a windfall of ever-growing profits.

His flagship Louis Vuitton brand is estimated by analysts to have a profit margin as high as 45%. The mark-ups on that brand's monogrammed trunks and handbags, as well as from other golden-goose products like Hennessy Cognac and Dom Perignon Champagne, have helped fuel Arnault's expanding presence in most things rich people spend money on: Whether they buy a Fendi handbag, a Bulgari watch, or stay at Venice's Hotel Cipriani, they're adding to Arnault's coffers.

But as the coronavirus outbreak and lockdown measures to contain it plunge the global economy into its worst crisis since World War II, being the number one beneficiary of discretionary spending suddenly doesn't look so hot.

Most of Arnault's fashion boutiques around the world have shut down for more than a month, leading to billions in missed revenue in his most profitable division. The maker of a fifth of the world's Champagne is selling a lot less of it with parties and concerts canceled and nightclubs and restaurants closed. J'adore Dior perfume is less of a priority for the world's masked masses.

In the midst of all that, Arnault is on the hook to pay $16 billion for Tiffany & Co. in what was billed as the luxury industry's biggest-ever acquisition. LVMH has pushed back at any suggestion that it would walk away from the deal or renegotiate the price after the U.S. jeweller's business similarly stalled.

"What's happened with Covid-19 is a perfect storm for luxury," Ortelli said. "You've got a contraction in GDP along with an increase in uncertainty."

Still, investors would be writing Arnault off at their own peril. LVMH shares have fared better than those of Gucci-owner Kering and watchmaker Richemont, which have fallen 25% and 30%, respectively. Arnault's brands, their juicy margins, and his cash pile of about 9 billion euros ($9.72 billion) give him the flexibility not just to ride out the crisis but to keep expanding.

"We are very much long-term oriented," LVMH Chief Financial Officer Jean-Jacques Guiony said in an interview Thursday. "In a crisis a lot of people say things will never be the same, but we are still confident." 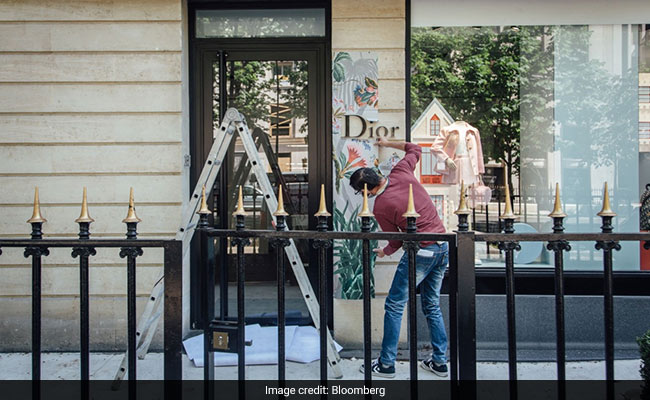 Historically, Arnault has made a career out of investing through downturns when his competitors were too weakened or too skittish to forge ahead. The recession in the early 2000s saw him squeeze Prada Group SpA out of its shareholding at his newly-acquired Fendi brand. It was also when he launched the first luxury e-commerce emporium and built in Tokyo what was then Louis Vuitton's biggest-ever store.

LVMH's strategy has often been to spend big to win big. In recent years, a sort-of communications race against the likes of Chanel and Gucci has seen the company flying hundreds of guests each spring to runway shows around the world, housing them in plush addresses like the French Riviera's Hotel du Cap-Eden-Roc or Marrakech's La Mamounia resort. Such extravagance has served to reinforce the cachet of Arnault's biggest brands.

Those events were scuttled this year, along with much of the budget for developing the accompanying collections. Advertising spending was also slashed, along with the next season of menswear and haute couture fashion shows that would normally have taken place in June and July. Some of the events are likely to be replaced by less expensive presentations online.

What's perhaps extraordinary, however, are the investments that Arnault still plans to maintain. With the outlook for international tourism still cloudy, LVMH is sticking to its plan to reopen the Samaritaine department store in Paris as a duty-free shopping hub and luxury hotel. Construction has resumed with the $1 billion dollar project now targeting a possible February opening. LVMH also plans to build a Cheval Blanc luxury hotel on Los Angeles's Rodeo Drive.

With major projects like the Samaritaine "once you've engaged, it makes better sense to complete it than to stop and start again," CFO Guiony said.

Also, Givenchy is moving forward with plans to recruit a new designer and retool the brand's aesthetic in time for a September fashion show -- even if virus-related restrictions might preclude gathering a crowd for the designer's debut.

With LVMH set to report its steepest-ever declines -- analysts currently expect first-half operating profit to fall by roughly half -- Arnault could still make deep cuts. The company plans to cut capital expenditure by 30%-35% this year, delaying some store openings and renovations. Already in the U.S., its Sephora chain laid off more than 3,000 people, or about 30% of store staff, in early April.

While other recent crises were purely economic, "this one is psychological, and could last for a generation," Brown said. "I think it's going to call for a very different approach across the portfolio." LVMH's core assets are "very tightly managed, but there is this long tail of smaller brands that don't get the same scrutiny," she said.

Still, with its cash pile and with sales showing green shoots of a rebound in China, LVMH could just as well double down on investing through the crisis. Highly specialized suppliers, prime real estate and top talents could all come up for grabs. And while Arnault isn't known for being a bargain hunter, he'd be loath to pass up on opportunities to add unique assets to his stable.

The industry's fate, and Arnault's with it, will largely depend on China, a market that's made up more than one-third of luxury sales and two-thirds of the sector's growth in recent years.

"In April, in the large brands, we've seen very high growth rates in Mainland China," Guiony said during an April 16 investor call. "It really shows the appetite of Chinese people after two months of lockdown to come back to their previous pattern of consumption."

Consumer data, however, shows many Chinese plan to spend more cautiously. And even if the pent-up demand that's been called "revenge spending" there is real, the boost won't be enough to ease the luxury industry's woes.

Closer to home, Monday will provide LVMH's first big test for relaunching its business in the rest of the world, as France's lockdown measures start to ease. After the company reconfigured French factories to crank out protective masks and sanitizing hand gel -- as much as 60 tons per week -- since March, production of its famed accessories has resumed.

Shops including most Sephora, Dior and Louis Vuitton locations are set to reopen, as well as the Bon Marche department store. A Sephora spokeswoman said it is ramping up click-and-collect options, with French stores now filling orders within two hours, and installing plexiglass barriers at the registers.

Steps away from Arnault's war room, the hiss of hydraulic lifts and the thuds of hammers can be heard behind scaffolding-wrapped windows at Christian Dior's founding boutique on Avenue Montaigne. With Arnault's blessing, the storied house is forging ahead with plans for a sweeping renovation that will triple its size: yet another bet that the industry will rise again.