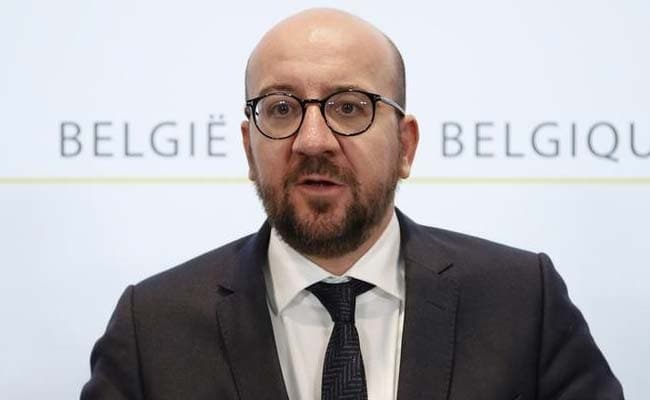 Belgium's Prime Minister Michel speaks during a news conference after security was tightened in Belgium following the fatal attacks in Paris. (Reuters Photo)

BRUSSELS: The Belgian government will review the security situation in Brussels on Sunday afternoon after raising the alert level to the maximum "four" on Saturday, Belgian Prime Minister Charles Michel told a news conference.

Michel said that the committee responsible for assessing the level of threat would sit again on Sunday morning and the government would review its measures on Sunday afternoon.

The capital's metro system, for example, would remain closed until then.

He declined to give the reason why the authorities raised the alert level, closing all metro stations, cancelling soccer matches for the weekend and asking citizens to avoid crowded public places.
© Thomson Reuters 2015