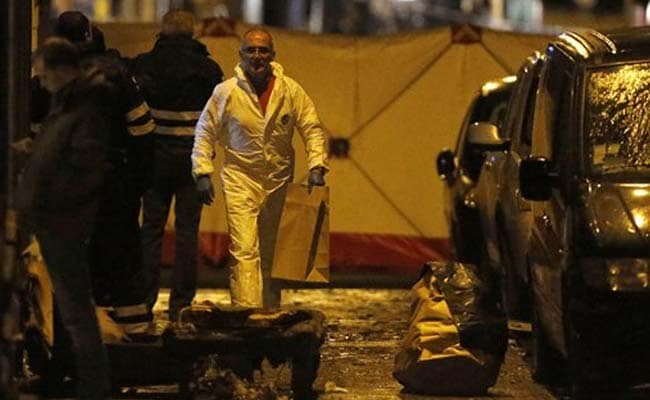 Police officers work on a street in Verviers, Belgium, on Thursday. (Associated Press)

Up to 300 soldiers will be progressively deployed in the capital Brussels and the northern city of Anvers, which has a large Jewish population, Prime Minister Charles Michel's office said in a statement.

"The mobilised troops will be armed and their primary responsibility will be to survey certain sites" and to reinforce police, the statement said.

The soldiers could also eventually be deployed to the industrial eastern city of Verviers, where early on Friday security forces killed two suspected Islamists in a huge raid on an alleged jihadist cell planning to attack police in the country.

The Belgian raid came a week after Islamist attacks in and around Paris killed 17 people, rekindling fears in Europe about the threat posed by young Europeans returning home after fighting alongside extremist groups in the Middle East.

Following the raid in Verviers, Belgian police arrested 13 people during a series of raids across Belgium, five of whom were later charged with "participating in the activities of a terrorist group."

Promoted
Listen to the latest songs, only on JioSaavn.com
Belgian prosecutors said there were no immediate links with last week's Islamist attacks in Paris on the Charlie Hebdo satirical magazine, a Jewish supermarket and a policewoman, the country's worst attacks in half a century.

French police separately arrested 12 people early Friday and questioned them about "possible logistic support" they may have given to the Paris gunmen -- Islamist brothers Said and Cherif Kouachi and Amedy Coulibaly, sources said.