Dixie Dansercoer was famous among his peers for exploits such as having walked and skied across Antarctica in 1997-98 with fellow Belgian Alain Hubert. 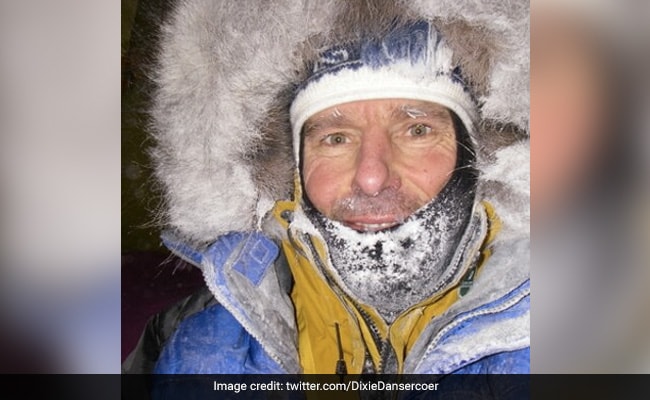 Dixie Dansercoer died in the Upernavik sector on Monday, the police said.

Veteran Belgian polar explorer Dixie Dansercoer has died after falling into a crevasse during an expedition in Greenland, police there said Wednesday.

Dansercoer, 58, is famous among his peers for exploits such as having walked and skied across Antarctica in 1997-98 with fellow Belgian Alain Hubert.

The adventurer died in the Upernavik sector, in the west of the Arctic territory on Monday, a police spokesman confirmed to AFP.

"Rescuers climbed 40 metres (yards) into the crevasse, but it was too deep for them to be able to find him," said Fabian Uth Nielsen, from Greenland's capital, Nuuk.

The accident happened during an expedition from Narsarsuaq, on the southern tip of Iceland, to Qanaaq, formerly known as Thule in the west.

Travelling with Canadian explorer Seb Audi, they were snow-kiting their way across the Arctic landscape, a journey of more than 2,000 kilometres.

Paying tribute to him on Twitter, Belgian Prime Minister Alexander De Croo wrote: "We lose an adventurer who pushed back the limits and a defender of the climate."