Batman shooting: Caller hung up on University of Colorado minutes before massacre 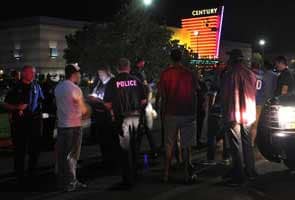 Denver: A caller who phoned the University of Colorado Hospital less than 10 minutes before a mass shooting that killed 12 people hung up without speaking, officials said on Friday, a day after the accused gunman's lawyer said he may have made such a call.

An attorney for James Holmes raised the call during a hearing on Thursday as she questioned university psychiatrist Dr. Lynne Fenton about her doctor-patient relationship with the former graduate student accused of carrying out the rampage at a midnight screening of the new Batman movie.

"It was a seven-second call and there was silence and then a hang-up," Brad Fixler, marketing director for the hospital, told Reuters. "But nobody that evening or morning called asking for Dr. Fenton or any other psychiatrist."

He characterized the call, which a switchboard operator answered, as "a hang-up call" made at 12:31 a.m. on July 20, just minutes before police said the first emergency calls from the theatre were received at 12:39 a.m.

Holmes, a former neuroscience PhD student who dropped out of the University of Colorado in June, is accused of opening fire at a premiere of "The Dark Knight Rises" in Aurora, Colorado. Fifty-eight people were also wounded.

Prosecutors portray Holmes, 24, as a young man whose once promising academic career was in tatters after he failed oral exams in June and one of his professors suggested he may not have been a good fit for the competitive program.

Defence attorneys have said that he suffers from a mental illness and tried to get help before the shooting.

Legal experts say the call could become key in the case as defence lawyers attempt to show that Holmes may have been desperately seeking help.

The disclosure of the phone call surfaced during a hearing on whether a package containing a notebook sent to Fenton, who had treated Holmes in the month before the shooting rampage, is protected by psychiatrist-patient privilege.

Holmes' lawyers say the package and its contents are confidential and should not be seen by prosecutors.

Prosecutors argue that the psychiatrist-patient relationship had been terminated by the time of the shooting. Fenton testified during Thursday's hearing that her treatment of Holmes ended on June 11.

Promoted
Listen to the latest songs, only on JioSaavn.com
"Did you know that James Holmes called that number nine minutes before the shooting started?" defence attorney Tamara Brady asked Fenton, referring to a campus number noted on a form related to Holmes' mental health treatment.

Fenton replied that she did not know.
© Thomson Reuters 2012