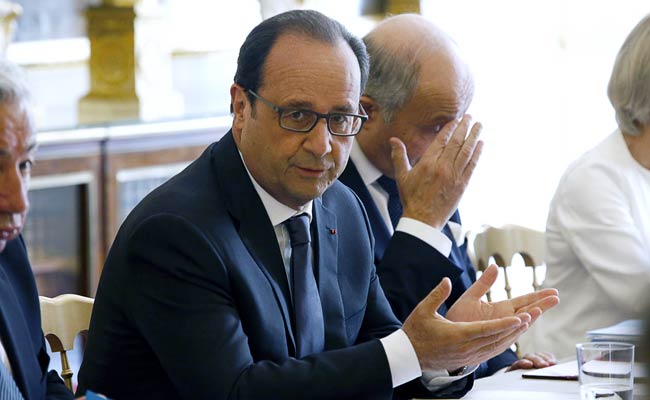 French President Francois Hollande says that Bashar al-Assad is not the solution, he is the problem in Syria. (AFP)

Athens, Greece: Syrian President Bashar al-Assad is the problem and not the solution where the crisis in Syria is concerned, French President Francois Hollande said today.

"We need to work to find a political solution," Hollande said during a visit to Athens. "Bashar al-Assad is not the solution, he is the problem."

Hollande was speaking at a news conference alongside Greek Prime Minister Alexis Tsipras.

European Union heads of state have been critical of Russia's military intervention in the civil war that has killed 250,000 people in Syria, but have failed to agree among themselves on whether Assad should have any role in ending the crisis. France has repeatedly said Assad should not be involved in any talks.
© Thomson Reuters 2015