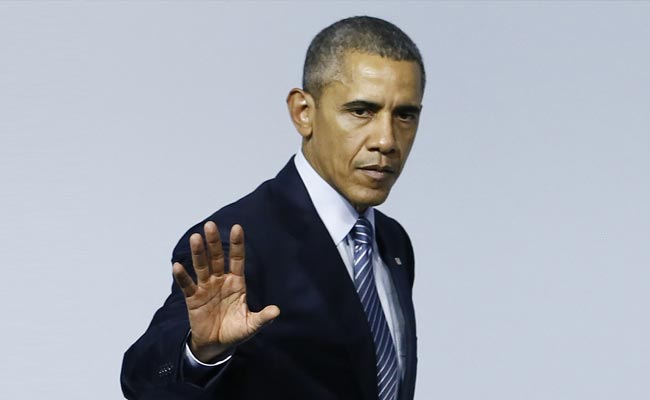 Paris: President Barack Obama is calling for a reduction in tensions between Turkey and Russia following Turkey's shoot-down of a Russian warplane.

Obama is meeting with Turkish President Recep Tayyip Erdogan in Paris on the sidelines of global climate talks.

Obama says Turkey is a NATO ally and has a right to defend itself. He says the US is very interested in accelerating its military relationship with Turkey.

Obama is describing the ISIS as the common enemy of Russia, Turkey and the US Obama has been working to persuade Russia to focus its airstrikes in Syria against ISIS, instead of US-backed rebels fighting Syrian President Bashar Assad.

Erdogan says Turkey, too, wants to avoid tensions with Russia. He says Turkey is "determined to keep up the fight" against ISIS.

Erdogan is also emphasizing the need for a political transition in Syria. He's pointing to a new diplomatic effort and says he's hoping for a "sigh of relief."

Erdogan is suggesting that Russia has been targeting opposition groups including the Turkmen inside Syria. He says areas where there are no ISIS fighters are being "continuously" bombed.