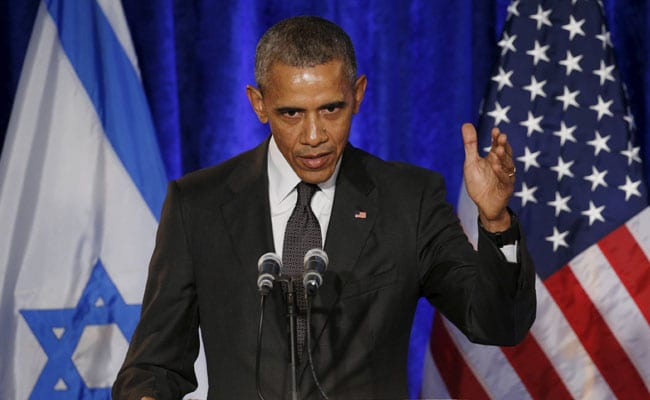 Washington: In a bid to highlight the importance of religious freedom and tolerance, US President Barack Obama for the first time in his presidency will visit a mosque in the US tomorrow and interact with community leaders.

President Obama's mosque visit in the vicinity of the national capital comes amid increasing backlash against the Muslim community in particular the anti-Islam rhetoric coming from the Republican presidential candidates.

This would be the first ever visit to a mosque by President Obama inside the country, although he has visited mosques overseas.

"It will be an opportunity for the President to celebrate the contributions that Muslim-Americans have made to our nation, but also reaffirm the importance that religious freedom has to our way of life," White House Press Secretary Josh Earnest told reporters.

"There obviously has been some discussion about this in the context of the political debate in the country. The President's visit I think is an important moment to acknowledge those two things," he said.

"I do think you can expect that the language and the message that the President will be delivering not just at the mosque on Wednesday but also at the prayer breakfast on Thursday is that the religious diversity of the United States contributes to our strength," Mr Earnest said.

Mr Earnest said Barack Obama's visit to a mosque will serve to elevate a debate the President believes is worth having.

"I think the President believes that this kind of visit is important for the country. It's an important way for us to lift up the value of religious tolerance and religious freedom that, again, was central to the founding of this country," he said.

"It also is an important way for us to discuss the valuable contributions that are made by Muslims of all walks of life to the success of our country," he added.

"Whether we're talking about Muslim Americans that are our friends and neighbours or people in our community, or even Muslims who are sports heroes, or served in the United States military, there are a variety of ways that Muslim Americans have made valuable contributions to America. And the President believes that that's worth celebrating," Mr Earnest said.