In his first video comments since George Floyd's death on May 25 in Minneapolis triggered unrest across the country, President Donald Trump's predecessor also urged state and local authorities to review their policies on use of force. 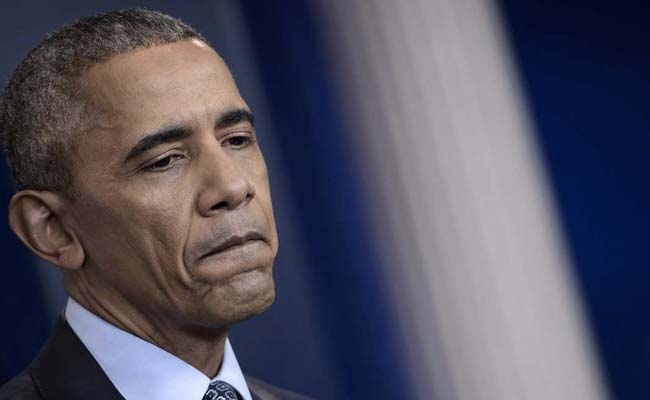 There is a change in mindset that's taking place, Obama said. (File)

In his first video comments since George Floyd's death on May 25 in Minneapolis triggered unrest across the country, President Donald Trump's predecessor also urged state and local authorities to review their policies on use of force.

Obama directed his comments at young black men and women who he says have often witnessed or experienced too much violence.

"Too often some of that violence has come from folks who were supposed to be serving and protecting you," Obama said in a webcast with activists.

He also said that in the last few weeks, Americans have witnessed "the kinds of epic changes and events in our country that are as profound as anything that I've seen in my lifetime."

The 58-year-old, who remains popular among Democrats, noted the deadly upheaval of the 1960s civil rights movement, and said "a far more representative cross-section of America" is protesting now than as compared to half a century ago.

"There is a change in mindset that's taking place, a greater recognition that we can do better," Obama said.

Young protesters in particular have been galvanized, he said, and their motivation could serve as inspiration for broader change.

"It's very important for us to take the momentum that has been created as a society, as a country, and say 'Let's use this' to finally have an impact," Obama said.

He also addressed the country's local leaders, saying "I'm urging every mayor in this country to review your use-of-force policies with members of your community and commit to report on planned reforms."

Obama did not directly address Trump's handling of the unrest, including the president's controversial demand that authorities "dominate" protesters.

But Obama was reportedly outraged by the use of chemical dispersants on protesters outside the White House Monday before Trump walked to a nearby church and held up a Bible.