The drastic measures, which will virtually seal off the country, will start Wednesday, said a government statement. 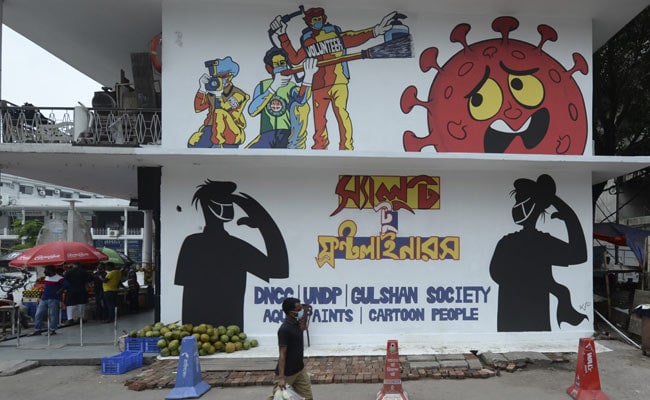 Bangladesh authorities on Monday ordered an eight-day closure of all offices and international and domestic transport, as coronavirus cases hit a new high.

The drastic measures, which will virtually seal off the country, will start Wednesday, said a government statement.

The South Asian nation of 160 million people has recorded 684,756 cases and 9,739 deaths, but the number of daily cases has increased sevenfold in a month.

Hospitals in cities across the country say they are being overwhelmed by the new cases, and daily deaths have more than doubled.

"All government, semi-government, autonomous and private office and financial institutions will be closed," said a cabinet statement.

International and domestic flights will be halted along with maritime, rail and bus services, the order added.

All stores -- except those supplying food -- will be shut, but authorities will allow factories to remain open if companies can organise their own transport.

The cabinet said the closure would end at midnight on April 21.

"There is no alternative now to this in order to curb the Covid-19 surge," Farhad Hossain, junior minister for public administration, said ahead of the clampdown announcement.

Bangladesh opposition leader Khaleda Zia, 74, tested positive for the coronavirus Sunday despite being under house detention.

The two-time former prime minister has been serving a 10-year jail term for corruption but has been allowed to stay under surveillance at her Dhaka home since last year.