Thirteen people were also jailed for 10 years for their part in the attack on a train carrying Sheikh Hasina in 1994, prosecutor Aminul Islam said. 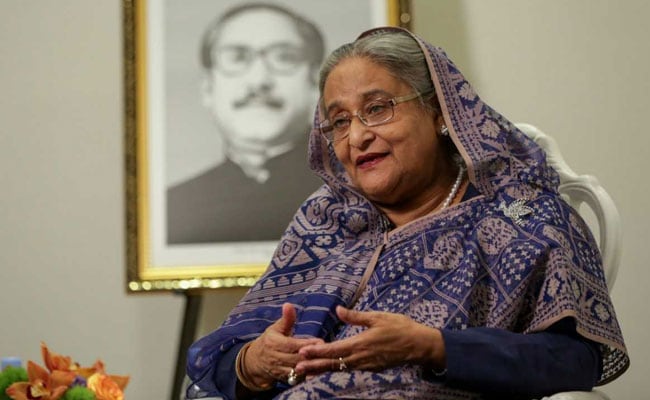 Sheikh Hasina was also targeted in 2004, when attackers threw grenades at rally in Dhaka

A Bangladesh court on Wednesday sentenced nine members of the main opposition party to death and handed life terms to another 25 for attempting to kill Prime Minister Sheikh Hasina 25 years ago, a government lawyer said.

Thirteen people were also jailed for 10 years for their part in the attack on a train carrying Hasina in 1994, prosecutor Aminul Islam said.

At that time, Hasina was opposition leader and her arch rival, Khaleda Zia, was prime minister. Now Zia and her Bangladesh Nationalist Party (BNP) are the opposition.

"The accused threw bombs and fired on the coach of the train, targeting Hasina to kill her," Islam told reporters outside the court in the town of Pabna, where the attack happened, 160 km northwest of the capital, Dhaka.

Hasina's administration has been accused of suppressing dissent and jailing critics, including supporters of the BNP. Zia is in jail on corruption charges that she said were politically motivated.

Rivalry between Hasina and Zia, both relatives of former rulers, has dominated politics in Bangladesh for years.

Masud Khandaker, a lawyer for some of the defendants, said that all of them would appeal the sentences.

Hasina was also targeted in 2004, when attackers threw grenades at rally in Dhaka, killing 24 people and wounding more than 500.

In 2018, a court sentenced 19 people to death and 19 to life imprisonment for that attack. Those defendants have appealed to a higher court.