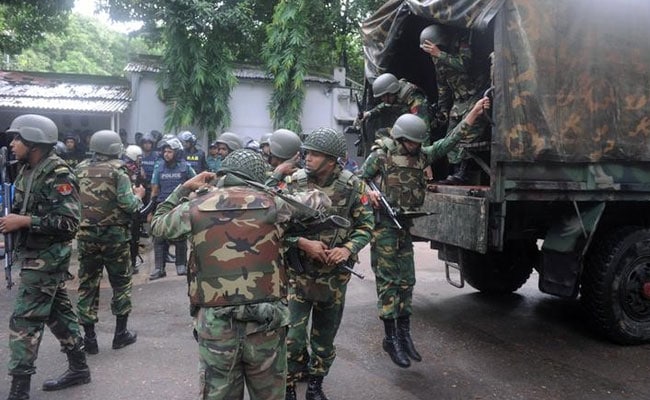 20 foreigners were killed in Dhaka cafe attack where many people were taken hostage.

Dhaka: Bangladesh today said it has identified the masterminds of the deadly Dhaka cafe terror attack that killed 20 foreigners, including an Indian, and a second assault just days later.

"The government has identified the masterminds of the two attacks, they will be exposed to justice," Home minister Asaduzzaman Khan told a media briefing but declined to elaborate "in the interest of investigations".

Islamist terrorists launched a sudden attack on a posh restaurant in Dhaka's upmarket Gulshan diplomatic zone on July 1 killing 22 people, including 19-year-old Indian girl Tarishi Jain among 20 foreigners and two police officers while six suspected terrorists were gunned down in the commando operation next morning.

Six days after the Gulshan cafe attack, terrorists tried to carry out an assault on the country's biggest Eid congregation in northern Sholakia killing two policemen.

The ISIS had earlier claimed responsibility for the cafe attack but the government said homegrown Jamaatul Mujahideen Bangladesh (JMB) carried out both the assaults.

IS had also claimed several clandestine target killings on secular and liberal activists, writers and religious minorities including moderate Sufi preachers even as the government had denied presence of any foreign terrorists attributing the assaults to homegrown outfits like JMB.

But in an apparent shift, senior government leaders and police said Bangladeshi terrorists appeared to be trying to establish IS links or managed to ensure their access to their media outlet to lodge the claims.

"Those who carried out the Gulshan attack were all Bangladeshis but I don't rule out their possible foreign links. However, we don't want to say anything in this regard without any proof," Dhaka police commissioner Asaduzzaman Mia told a separate media briefing at his office.