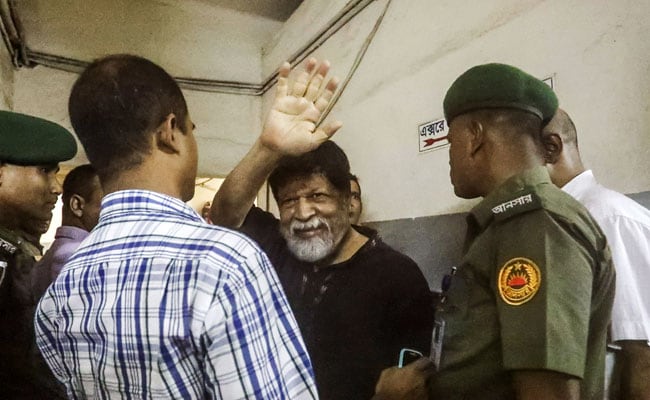 A lower court rejected the bail, his lawyers moved to the high court but the court did not hear the case

Alam was arrested on August 5 for making "false" and "provocative" statements on Al Jazeera and on Facebook Live during massive student protests in Dhaka.

Rights groups, UN rights experts, Nobel laureates and hundreds of academics have called for the immediate release of the 63-year-old, who says he has been beaten in custody.

After a lower court rejected a bail petition for Alam last month, his lawyers moved to the high court in Dhaka and a hearing was set for Tuesday.

But "the court did not hear the case because one of the judges (said he) felt embarrassed to hear the case," lawyer Jyotirmoy Barua told AFP.

Barua said the judge did not give any further explanation.

He said Alam's legal team was now trying to get the case heard by another bench of the high court.

Alam's arrest capped a turbulent month in Bangladesh as teenage students poured onto the streets for nine straight days after two teenagers were killed by a speeding bus.

Alam had told Al Jazeera that the protests were the result of pent-up anger at corruption and an "unelected government... clinging on by brute force" that had looted banks and gagged media.

He is being investigated for allegedly violating Bangladesh's internet laws, enacted in 2006 and sharpened in 2013, which critics say are used to stifle dissent and harass journalists.

Alam whose work has appeared widely in Western media and who founded the renowned Pathshala South Asian Media Institute faces a maximum 14 years in jail if convicted, along with others detained during the protests.

The photographer told reporters outside court last month that he had been beaten so badly in police custody that his tunic needed washing to get the blood out.

New York-based Human Rights Watch has demanded his release, denouncing authorities for targeting activists and journalists instead of prosecuting those who attacked students when last month's protests were broken up.