Matiur Rahman, editor of the Prothom Alo daily, is an outspoken champion of freedom of expression in a country where rights groups say that independent voices are under severe threat. 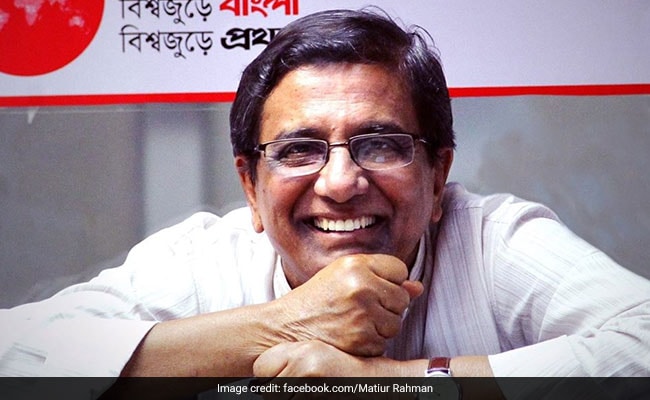 A Bangladesh court Thursday issued an arrest warrant for the country's most respected independent newspaper editor after a student was killed at an event organised by a sister publication.

Matiur Rahman, editor of the Prothom Alo daily, is an outspoken champion of freedom of expression in a country where rights groups say that independent voices are under severe threat.

He and nine others have been charged with causing death by negligence after a 14-year-old boy was fatally electrocuted in November at an event organised by a magazine published by Prothom Alo's owner.

Anisul Hoque, a leading novelist and associate editor of the Bengali-language newspaper was among those charged.

Rahman, 76, already faces at least 55 cases for defamation and hurting religious sentiments but this is the first time he has been issued with an arrest warrant.

The dozens of cases are part of a larger, organised assault on independent media in Bangladesh dating back several years, New York-based Human Rights Watch said in 2016 when they were filed.

Since that year, major advertisers including multinational companies have been allegedly ordered by a security agency not to place advertisements in the daily, resulting in revenue losses of tens of millions of dollars.

There was no immediate comment from Rahman or the newspaper.

Rights groups have accused the government of Prime Minister Sheikh Hasina of cracking down on dissent through newly enacted internet laws that experts say would make investigative journalism almost impossible.

In its annual report published on Wednesday, Human Rights Watch said journalists, activists, students, and other critics have self-censored for fear of arrest, violent attacks by ruling party supporters, or threats from authorities, while the government censored expression online.

The government has also blocked dozens of websites in recent years including several of the top news portals including the English website of Al Jazeera over reports critical of influential Bangladesh ministers.