The attack comes after a pro-Iran mob this week laid siege to the US embassy following deadly American air strikes on a hardline Hashed faction. 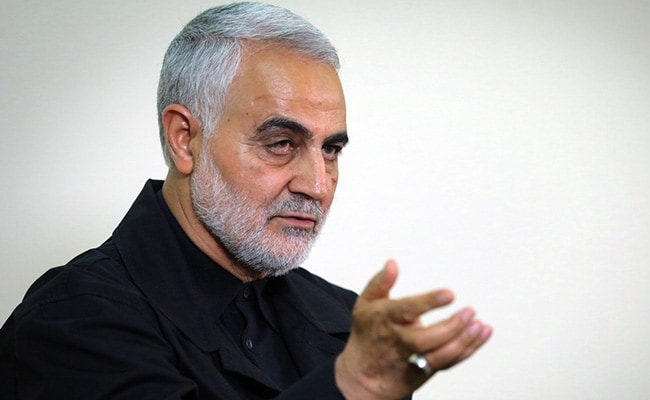 Qasem Soleimani was killed in a US strike that targeted their car on Baghdad International Airport road.

Top Iranian commander Qasem Soleimani was killed in a US strike on Baghdad's international airport on Friday, Iraq's powerful Hashed al-Shaabi paramilitary force has said, in a dramatic escalation of tensions between Washington and Tehran.

The Hashed's deputy chief was also killed in the attack, the force added, which comes after a pro-Iran mob this week laid siege to the US embassy following deadly American air strikes on a hardline Hashed faction.

"The deputy head of the Hashed, Abu Mahdi al-Muhandis, and head of the Quds Force, Qasem Soleimani, were killed in a US strike that targeted their car on the Baghdad International Airport road," the Hashed said in a statement early Friday.

The airport was hit in a volley of missiles just after midnight, Iraq's military had announced.

The Hashed is a network of mostly-Shiite armed units, many of whom have very close ties to Tehran but which have been officially incorporated into Iraq's state security forces.

The units joined forces to fight the Islamic State group in 2014 but many of them had built up years of fighting experience during Iraq's war years, including against the US.

Muhandis is the Hashed's deputy chief but widely recognised as the real shot-caller within the group.

Both have been sanctioned by the United States.

There was no immediate comment from the US on the developments, which come after an unprecedented attack on its mission in Baghdad.

A mob of Hashed supporters surrounded the US embassy on Tuesday in outrage over American air strikes that killed 25 fighters from the network's hardline Kataeb Hezbollah faction, which is backed by Iran.

The US had acted in response to a rocket attack days earlier that had killed an American contractor working in Iraq.

US President Donald Trump blamed Iran for rocket attacks targeting US forces as well as the siege at the embassy, saying: "They will pay a very BIG PRICE! This is not a Warning, it is a Threat."

On Thursday, US Secretary of Defence Mark Esper told reporters there could be more attacks from Iran-backed groups but vowed American forces would respond.

The attack on the embassy highlighted new strains in the US-Iraqi relationship, which officials from both countries have described to AFP as the "coldest" in years.

The United States led the 2003 invasion against then-dictator Saddam Hussein and has worked closely with Iraqi officials since.

But its influence has waned compared with that of Tehran, which has carefully crafted personal ties with Iraqi politicians and armed factions, even during Saddam's reign.

Both Washington and Tehran backed Iraqi security forces fighting the Islamic State group, but the two have been at loggerheads since the United States pulled out of the landmark nuclear deal with Iran in 2018.

Iraqi officials have feared that their country could be used as an arena for score-settling between Iran an the US.