International Travelers Will Need To Be Vaccinated Against Covid, Says Qantas Chief

Qantas CEO Alan Joyce said late Monday the Australian flag carrier would implement the measure once a coronavirus vaccine was made available to the public. 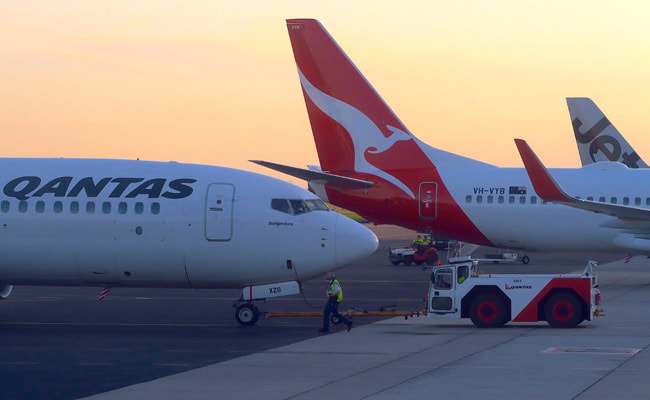 International travelers will need to be vaccinated against Covid-19 to fly with Australia's Qantas, the company has said, the first major airline to suggest that such rules could become common across the industry.

Qantas CEO Alan Joyce said late Monday the Australian flag carrier would implement the measure once a coronavirus vaccine was made available to the public.

"We are looking at changing our terms and conditions to say for international travellers that we will ask people to have a vaccination before they can get on the aircraft," he told Channel Nine.

"Whether you need that domestically, we will have to see what happens with Covid-19 in the market but certainly, for international visitors coming out (to Australia) and people leaving the country, we think that is a necessity."

Joyce predicted the rule would likely become standard practice around the world as governments and airlines currently consider the introduction of electronic vaccination passports.

Another major regional airline, however, said that it was too early to comment on what travel requirements might be when a vaccine becomes widely available.

"We don't have any concrete plans to announce at this point on the vaccine as it is still in development and will take time to distribute," a Korean Air representative told AFP.

Vaccination entry requirements are already widely used around the world, with many countries demanding travellers show they have been inoculated against yellow fever if they are coming from regions where that disease is endemic.

The International Air Transport Association (IATA) announced late Monday it was in the "final stages" of developing a digital health pass that it says can be used to record Covid-19 tests or vaccinations and will "support the safe reopening of borders".

"We are bringing this to market in the coming months to also meet the needs of the various travel bubbles and public health corridors that are starting operation," IATA director general and CEO Alexandre de Juniac said.

Up in the air

Australia's borders have effectively been closed since March to curb the spread of the virus, which has already claimed more than a million lives worldwide.

The country has even limited the numbers of its own citizens allowed to return each week, leaving tens of thousands of Australians stranded overseas.

The global airline industry has come under huge pressure from restrictions aimed at slowing the spread of the novel coronavirus.

Qantas has grounded more than 200 planes and fired 8,500 staff as it attempts to offset a US$1.9 billion loss caused by the collapse in demand for air travel.

A slew of other carriers have collapsed because of the pandemic, including Virgin Australia, Chilean-Brazilian airline LATAM and Britain's Flybe.

The IATA said in October that after a predicted 66 percent drop in global air traffic this year, airlines' revenues are expected to be down by 46 percent in 2021 compared to 2019.

Prime Minister Scott Morrison has said Australia is seeking to create "travel bubbles" with other countries that have curbed the spread of the virus.

But the country is unlikely to fully reopen to international travellers until a vaccine is widely available.

The government also signalled in its recently released Covid-19 vaccination policy that Australia and other nations may introduce proof of inoculation as a condition of entry.

Australia has been relatively successful in containing the coronavirus, recording just over 27,800 cases and 907 deaths since the pandemic began.