Affectionately known as, Fluffy or Gary, depending on who you speak to, Cardwell residents held a ceremony to say goodbye to the town's 4.5 metre (15 feet) croc. 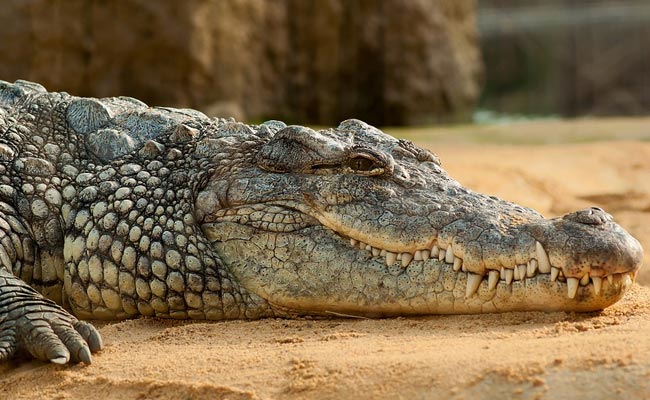 With Elton John's "Crocodile Rock" playing in the background and a tribute from Steve Irwin's family, a small seaside town in north Queensland bade farewell to a beloved community member Saturday, a saltwater crocodile.

Affectionately known as, Fluffy or Gary, depending on who you speak to, Cardwell residents held a ceremony to say goodbye to the town's 4.5 metre (15 feet) croc.

More than 50 people attended the service, held at the Cardwell Jetty and organised by local Thea Ormonde.

Bismarck made international headlines earlier this month, when fisherman Ryan Moody posted a video to social media about finding the crocodile -- rumoured to be as old as 80 -- dead in a creek with what's believed to be a gunshot wound.

The family of late bushman Steve Irwin sent a representative and recorded a thank you to the small town that played at the service, praising their positive attitude towards the reptiles.

They said their late husband and father -- a zookeeper and conservationist -- would have been the proudest of Cardwell residents for accepting the croc as a part of their town.

"He was so, so passionate about protecting crocodiles and making sure we had these modern-day dinosaurs for the future generations," Irwin's daughter Bindi and son Rob said.

Ormonde told AFP she couldn't believe the interest the crocodile's death attracted from across the world.

"Bismarck delighted locals and tourists as he was always happy to show himself at a safe distance," she said.

"I believe he lived by the belief, 'you leave me alone and I'll leave you alone.'"

Not everyone had the same feeling about honouring Bismarck though.

Local Member of Parliament Nick Dametto said "there's no proof the animal has been shot, it's still very much under investigation."

"I grew up hunting and I was always taught if you're going to hunt something, you should do it for two reasons -- pest management or to use or eat parts of the animal" he said.

A spokesperson from Cardwell Police confirmed they are currently investigating the death of the crocodile to see if it's been killed illegally.