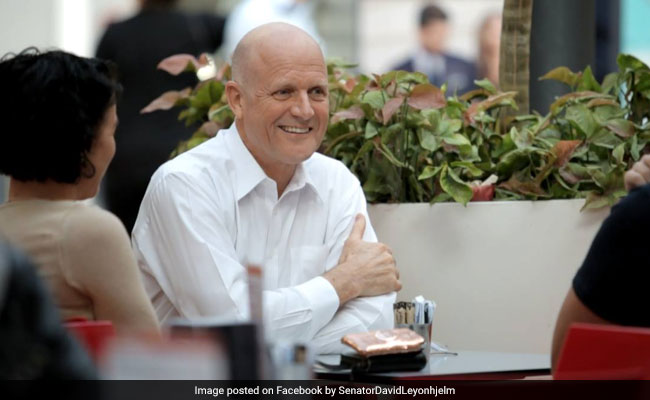 Leyonhjelm, who does not dispute what happened, repeated his comments (File)

An Australian senator has been accused of "slut-shaming" a fellow parliamentarian after telling her to "stop shagging men" in a grubby dispute that Tuesday saw the prime minister demand an apology.

He reportedly told her to "f*** off" when she confronted him over the incident.

Leyonhjelm, who does not dispute what happened, repeated his comments and aired other rumours about Hanson-Young in a weekend television interview while refusing to apologise.

Hanson-Young, who is divorced, is threatening to sue him and Sky News, the network that aired the interview.

"David Leyonhjelm is suggesting -- because he can't win an argument, he wants to bully -- that I am sexually promiscuous," Hanson-Young told broadcaster ABC Tuesday.

"He is slut-shaming me. That is what he is doing."

Sky News has since apologised and suspended a producer for allowing the "appalling comments" to be broadcast.

Leyonhjelm has defended himself, claiming his comment was "legitimate" and that prior to his outburst Hanson-Young claimed "all men are rapists", a remark she denies making.

"I am opposed to misandry, just as I am to misogyny and I am also entitled to call out double standards," Leyonhjelm said.

"So arguing on the one hand that all men are evil, the enemy, they're rapists and sexual predators. And on the other hand having normal relationships with men, obviously is contradictory and I can call it out."

"David Leyonhjelm's offensive remarks should have been withdrawn the moment they were uttered," he said.

"It is not too late for him to withdraw and apologise, that type of language has no place in parliament and it shouldn't have a place in any workplace."