Australia Senator Wears Burqa To Parliament In Bid To Ban Them

Hanson, who first rose to prominence in the 1990s because of her strident opposition to immigration from Asia and to asylum seekers, has in recent years campaigned against Islamic clothing and the building of mosques. 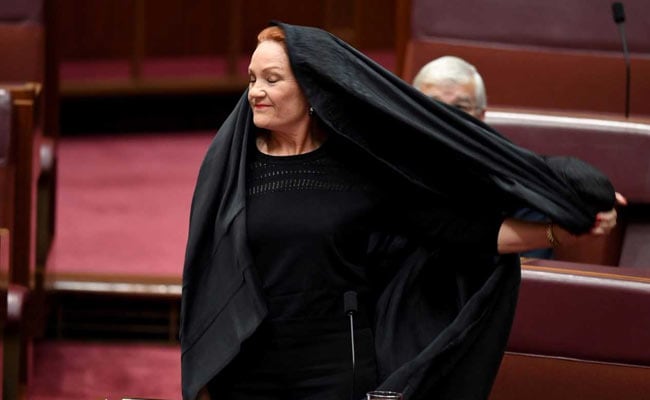 CANBERRA: Australian far-right senator Pauline Hanson wore a burqa to parliament on Thursday as part of her campaign to ban the all-enveloping garment worn by some Muslim women, drawing a quick rebuke from the government and Muslims.

Hanson sat in her seat in the assembly for about 20 minutes covered by the black burqa before removing it to call for them to be banned in public for national security reasons.

"I'm quite happy to remove this because this is not what should belong in this parliament,"Hanson, who leads the far-right One Nation party, told the Senate.

"If a person who wears a balaclava or a helmet in to a bank or any other building, or even on the floor of the court, they must be removed. Why is it not the same case for someone who is covering up their face and cannot be identified?" 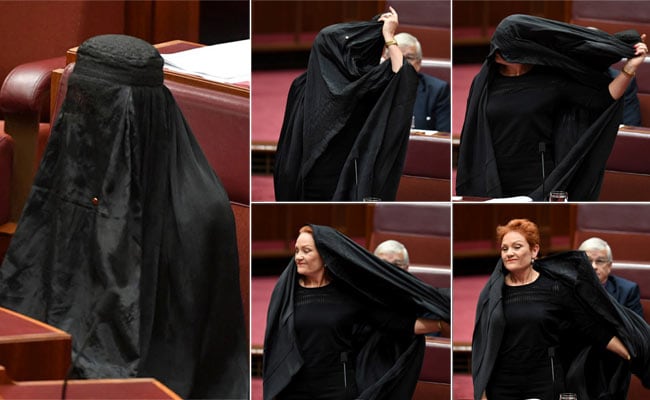 Hanson, who first rose to prominence in the 1990s because of her strident opposition to immigration from Asia and to asylum seekers, has in recent years campaigned against Islamic clothing and the building of mosques.

Her party has four senators, which gives it influence in parliament when closely contested legislation is being voted on.

"I am not going to pretend to ignore the stunt that you have tried to pull today by arriving in the chamber dressed in a burqa," he said, drawing applause from members of the Senate.

"We all know that you are not adherent of the Islamic faith. I would caution and counsel you with respect to be very, very careful of the offence you may do to the religious sensibilities of other Australians."

Adel Salman, vice president of the Islamic Council of Victoria state, said Hanson's action was "a mockery of her position".

Promoted
Listen to the latest songs, only on JioSaavn.com
"It is very disappointing, but not surprising as she has sought to mock the Islamic faith time and time again."
© Thomson Reuters 2017