An Australian senator who has called for Asians and Muslims to be banned from her country praised the tribe's "strict zero-gross immigration policy." 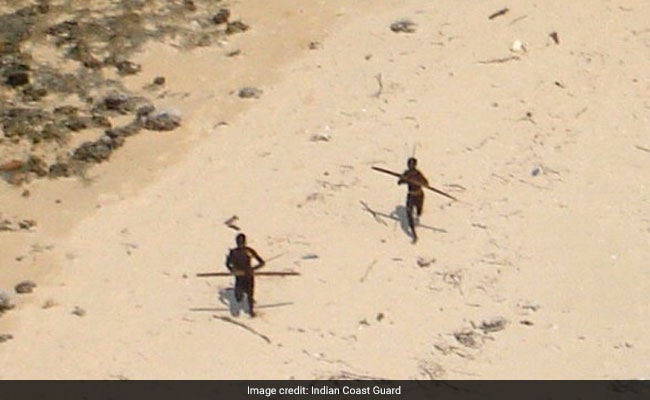 Many lessons could and have been drawn from the story of an American Christian missionary killed this month when he tried to contact a hostile hunter-gatherer tribe on an isolated island in the Indian Ocean.

Some see John Chau as a symbol of Western arrogance - a reckless evangelist who attempted to supplant a culture thousands of years old when he broke Indian law and set foot on North Sentinel Island.

Some Christians see him as a martyr, if perhaps a misguided one, who recognized no exceptions to the evangelist's mission when he tried to take the Bible to a people known to kill outsiders on sight.

Only one person, as far as we know, gleaned from Chau's slaying a model for a national immigration policy.

That person is Australian Sen. Pauline Hanson, who has previously sought to ban Asians and Muslims from immigrating to her own island nation.

On Tuesday, she told the Australian Senate that the ancient tribe of North Sentinel has the right idea.

"I for one will not be condemning the Sentinelese as racist for keeping their borders closed, nor will I condemn them for their lack of diversity," Hanson said, after introducing a motion of support for the tribe's "zero-gross immigration policy. "

The few dozen people who live on North Sentinel are one of the last uncontacted tribes on Earth. They are believed to descend from people who settled the small island after humans first left Africa, about 50,000 years ago, and they have resisted contact with the rest of the world throughout modern history. They warn away visitors with spears, fired arrows at a helicopter that tried to survey them in 2004, and killed two fishermen who got stuck on the island two years later.

Chau's diary indicates that he knew the tribespeople might kill him before allowing him to convert them, and yet he still paid Indian fishermen to ferry him to the island. Now tribal rights groups are urging Indian officials not to further disturb the tribe by trying to recover the missionary's body.

Hanson is not exactly an obvious champion of indigenous rights.

She accused Australia's aboriginals of milking government benefits after she first won a Parliament seat in the 1990s. Last month, after joining the Senate, she threatened to kick a 9-year-old aboriginal girl who refused to stand for the national anthem. "Regardless of your cultural background, we are all Australians," Hanson argued then.

"The isolated people of the North Sentinel Island has highlighted a fact that many in his place are reluctant to admit: that Immigration can have a devastating impact on a people's culture and way of life," she told the Senate. "You would be hard pressed to find a single expert who would argue against protecting the Sentinelese people's culture and way of life through limiting migration to their island. "

The rest of the Senate did not grant her motion. Hanson's One Nation party is something of an isolated minority itself.