Michael McCormack had reportedly been accused by party colleagues of failing to push back against accelerated climate action. 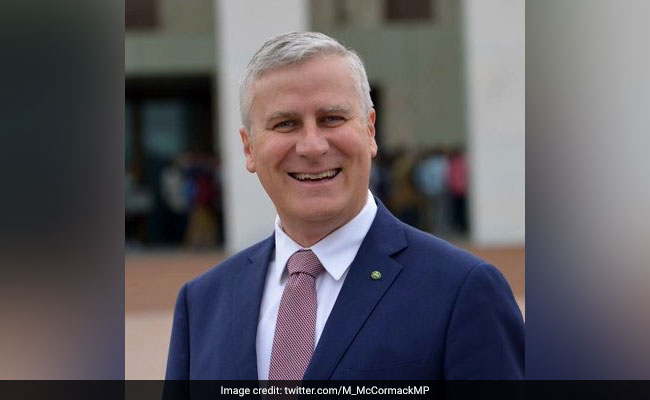 The vote for the leadership of junior coalition partner the Nationals came as apparent cracks emerged in the ruling coalition over climate change policy.

McCormack had reportedly been accused by party colleagues of failing to push back against such accelerated climate action, a charged topic among the Nationals' rural conservative voters.

On Monday, Joyce dodged questions on whether he would support Australia taking a net-zero by 2050 target to November's UN Climate Change Summit in Glasgow.

Joyce previously held the Nationals' leadership but stepped down in a 2018 scandal when it was revealed the married father-of-four had an affair with a young adviser and she was pregnant.

He was also accused of sexual harassment by a prominent rural woman but an internal investigation failed to reach a conclusive verdict.

Joyce called the allegations "spurious and defamatory", adding that after three years on the backbench he hoped to "be a better person to do a better job".

He gained international notoriety after threatening to put down Hollywood star Johnny Depp's two Yorkshire Terriers over a quarantine violation in 2015.

Morrison congratulated Joyce on his elevated role, saying in a statement that they shared a "passion for ensuring our regions and rural communities thrive".