Richard Overton's longevity and his status as the oldest living American veteran of World War II made him a celebrity of sorts over the past few years. 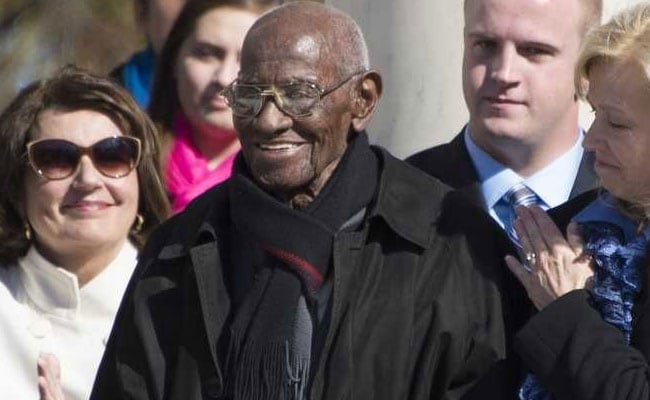 Richard Overton, a World War II veteran who was America's oldest man, has died at the age of 112.

Overton, who lived in Austin, Texas, died on Thursday at a rehabilitation home, his cousin, Volma Overton Jr, told the Austin-American Statesman.

He had been hospitalized earlier this month with pneumonia, the newspaper said.

Overton's longevity and his status as the oldest living American veteran of World War II made him a celebrity of sorts over the past few years.

In 2013, he visited Washington and met with president Barack Obama at the White House.

The street where he lived in Austin was renamed "Richard Overton Avenue" on his 111th birthday.

After returning home, Overton worked in furniture stores and for the office of the state treasurer.

Overton spent his later years sitting on his porch smoking cigars and sipping coffee or Coca-Cola with a dash of whiskey, the Statesman said.

He was married twice but had no children.

According to the Gerontology Research Group, the oldest living man in the world is 113-year-old Masazou Nonaka of Japan.