At University Of North Texas, An Ax-Wielding Student Is Fatally Shot By Campus Cop 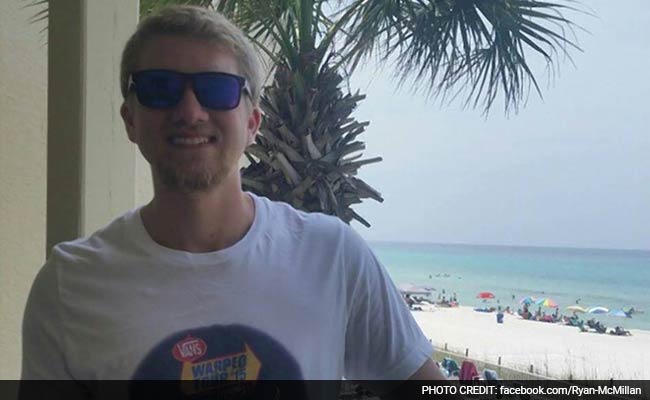 The kid so sweet and shy that friends called him "Charlie Brown" should have been in good spirits. In a matter of days, he had finished fall semester at the University of North Texas and celebrated his 21st birthday.

When Ashley Jones spotted him wandering around UNT's campus around 1 a.m. Sunday morning, however, McMillan was acting crazed.

As she rolled down her window to say hello to McMillan, he suddenly smashed the hood of her car with an axe, Jones told student paper the North Texas Daily.

"Early this morning, one of our UNT Police officers fatally shot a suspect after responding to reports of a person knocking out car windows near the intersection of Oak and Fry streets," said school president Neal Smatresk in a statement. "When the officer arrived, he encountered a white male suspect in the street who was carrying an ax. The suspect advanced on the officer and the officer fired at the suspect."

Smatresk said it was a "tragic day" for UNT, which is located in the college town of Denton, near Dallas. The university president did not identify McMillan by name in his statement, but the dead student's identity was confirmed to the Dallas Morning News by the Tarrant County Medical Examiner's office.

The bizarre incident inevitably echoes other recent fatal police-involved shootings across the United States in both its bloody outcome and its controversy.

Last month, Chicago prosecutors indicted police officer Jason Van Dyke for the October 2014 fatal shooting of 17-year-old Laquan McDonald, who was running down the road with a knife in his hand. Van Dyke shot McDonald 16 times in 15 seconds, even though video showed the officer was not under threat.

On December 2, San Francisco Police shot and killed 26-year-old Mario Woods as he walked down the street with a kitchen knife. Cops have said he threatened them with a knife, forcing them to shoot. On Friday, however, Woods's family sued, saying a video showed he was not threatening. Unlike those two cases there does not so far appear to be any racial element to the McMillan case.

But in Denton on Sunday morning, bystanders also claimed the campus cop didn't have to kill McMillan.

"That was a senseless goddamn murder!" a man yelled at police shortly after the shooting, according to the North Texas Daily.

"You could have disarmed him."

Friends of McMillan's from his hometown of nearby Fort Worth also wondered if the UNT cop had to pull the trigger.

"I can't really put into words how I feel about the fact that one of the nicest people I ever met was shot because an officer felt threatened," McDermott told the Morning News. "I want to drive to Denton and scream at the top of my lungs at the police department, but that's stupid and irrational. But it just really angers me."

McDermott and another high school friend both told the Morning News that they thought McMillan might have been under the influence at the time of the shooting, since his birthday was on Saturday.

McMillan was a second-year transfer student from Fort Worth studying pre - hospitality, UNT spokeswoman Kelley Reese told the Morning News. She said she did not know if McMillan was intoxicated or how many shots were fired.

A video obtained by the North Texas Daily shows a blond student, presumably McMillan, walking through a campus parking garage with what appears to be an ax in his hand shortly before the shooting.

At least seven vehicles were damaged, according to TV station NBC DFW.

"Winshields are smashed, windows are smashed," Benjamin Agrisano told the station. "There are ax markings all over the cars. It was pretty crazy. It looked like something out of a horror movie."

UNT has not identified the officer who shot McMillan, although the school has said the officer is on administrative duty, pending the outcome of an investigation.