At least 25 killed in car bomb at Iraq army base: Officials 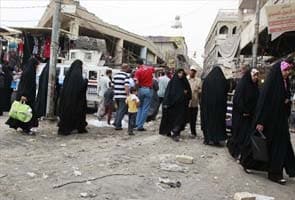 Baghdad: A car bomb at the entrance to an Iraqi army base as potential new recruits were massed at the gate killed at least 25 people on Tuesday, security and medical officials said.

The blast struck at around midday (0900 GMT) in the town of Taji, 25 kilometres (15 miles) north of Baghdad, an interior ministry official and a medic said. Both spoke on condition of anonymity.
Comments
blast in Iraq