At least 20 Afghan policemen were killed in Taliban ambushes in south central Afghanistan, and fighting is ongoing in Zabul province, where the police were attacked in Shah Joi district. 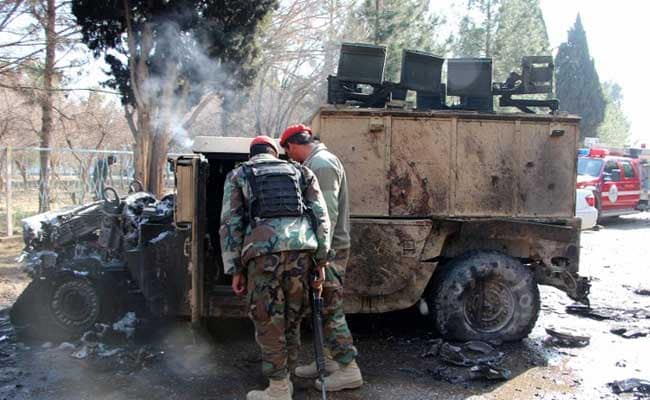 Kandahar: At least 20 Afghan policemen were killed in Taliban ambushes in south central Afghanistan, officials said on Sunday, the latest in a string of insurgent attacks that come as the NATO-led military mission considers sending thousands of additional troops to the war-torn nation.

Fighting is ongoing in Zabul province, where the police were attacked in Shah Joi district, provincial governor Bismullah Afghanmal said. He said the Taliban had ambushed police in the areas of Chino and Ghulam Rabat.

"The report we have right now indicates that 20 policemen are martyred and 10 others are wounded. The number may increase," Afghanmal told Reuters.

The attacks were part of "Operation Mansouri," the Taliban spring offensive announced at the end of April, the group said in a statement.

"So far several enemy posts have been overrun, inflicting heavy tolls on [the] enemy as well as seizing a good deal of ammunition," the statement said, adding that fighters had also overrun a government checkpoint in Zabul's Qalat district.

Reinforcements sent to the area where the police had been ambushed were also attacked, said Gul Islam Seyal, a spokesman for the Zabul governor.

Fighting was also ongoing in Zabul's Dai Chopan district, but the extent of casualties was unknown, Afghanmal said.

In neighboring Ghazni province, Taliban fighters launched a three-pronged attack on parts of the provincial capital on Friday, driving a Humvee packed with explosives into the entrance of a district governor's compound during the assault.

Separately on Sunday, Taliban claimed responsibility for a deadly attack on Saturday on a bank in Paktia province, which left at least six people dead, including three attackers.

The Taliban offensives come as American and allied officials are considering whether to send 3,000 to 5,000 more military advisers to help train and assist the Afghan security forces battling a 16-year-long insurgency led by the Taliban.

So far, U.S. President Donald Trump, who took office in January, has offered little clarity about whether he might approve more forces for Afghanistan, where some 8,400 U.S. troops remain despite the declared end of combat operations at the end of 2014.

Promoted
Listen to the latest songs, only on JioSaavn.com
U.S. Defense Secretary Jim Mattis said on Friday he had not yet made a recommendation on troop levels, but would be presenting his plan to Trump soon.
© Thomson Reuters 2017